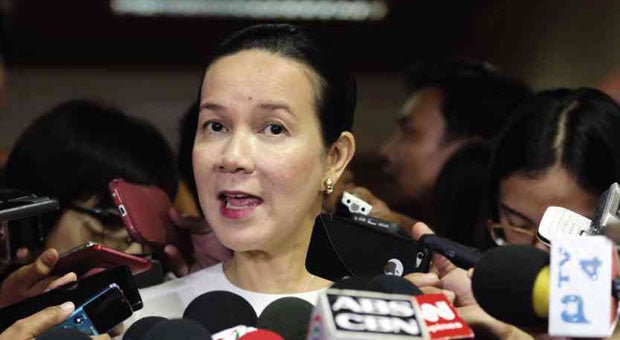 Immigration records of Senator Grace Poe reportedly showing her use of American passport until December 2009 put to question her eligibility to run for higher office in 2016, experts said Thursday.

Former law deans Pacifico Agabin and Amado Valdez and law professor Harry Roque Jr. said the computation on Poe’s residency in the Philippines should commence in 2010 when she renounced her American citizenship, upon accepting her appointment as Movie and Television Review and Classification Board (MTRCB) chair.

A newspaper report came out saying that Immigration records has shown that Poe has travelled to and from the Philippines at least 21 times using her US passport.

The Bureau of Immigration (BI) refused to confirm or deny the authenticity of records, stressing that members of the media inquiring about the issue are “not concerned parties” and that travel records of Poe are “not being checked.”

Agabin said renouncing of Poe’s citizenship should be counted after she stopped using her US passport.

“Her residency presumably started in 2010 upon renunciation of her US citizenship,” Agabin said in a text message.

Agabin also believes that Poe’s use of her US passport during her trips to the Philippines could be indicative of her desire then to permanently reside in the US.

Valdez, chairman emeritus of the Association of Philippine Law Schools (APLS) and current president of the Philippine chapter of the International Association of Constitutional Law echoed Agabin’s view, saying the travel records could destroy the credibility of Poe on her claims on the residency requirement in the law.

He said Poe actually “renounced her Filipino citizenship when she moved to the US and acquired citizenship there.”

“She lost her residency in the Philippines when she established permanent residence in the US,” the dean pointed out.

Poe’s use of a US passport as late as 2010, the law dean pointed out, was “indicative” that she did not consider the Philippines her domicile.

Domicile refers to the “permanent home, the place to which, whenever absent for business or pleasure, one intends to return, and depends on the facts and circumstances, in the sense that they disclose intent.”

Meanwhile, Roque said her use of US passport is evidence that she has not renounced her US citizenship.

“Her residency commences when she renounced her US citizenship which is 2009,” Roque said.

“I find it hard to accept that a possible President of our country was once a foreigner and once renounced allegiance to the Philippines and swore allegiance to a foreign power,” he added.

The United Nationalist Alliance (UNA) earlier said Poe failed to meet the 10 year residency requirement after she indicated in her certificate of candidacy in 2013 that by then, she was already a resident of the Philippines for six years and six months.

Under Article VII, Section 2 of the Philippine Constitution, “no person may be elected President unless he is a natural-born citizen of the Philippines, a registered voter, able to read and write, at least forty years of age on the day of the election, and a resident of the Philippines for at least ten years immediately preceding such election.”

The same qualifications are also required from those who want to run for Vice President, as stated in Section 3 of the same article.

The opposition added that Poe, being a foundling, an abandoned child, is ‘stateless.’ IDL