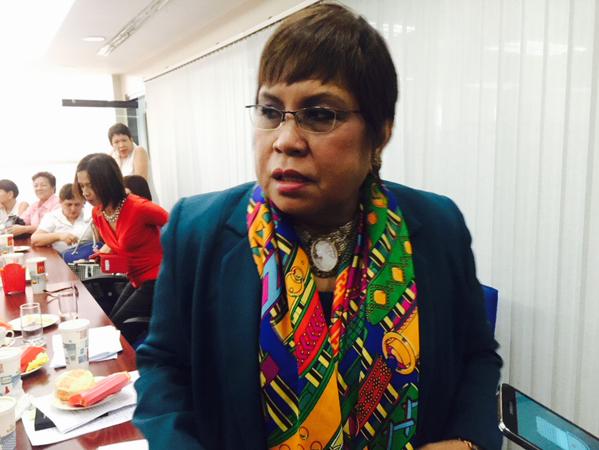 High-profile lawyer Lorna Kapunan on Thursday announced that she will run for senator in the upcoming 2016 elections.

In the sidelines of a press conference, Kapunan said there have been feelers from different political parties and figures particularly from Vice President Jejomar Binay’s United Nationalist Alliance and Caloocan Rep. Edgar Erice of the ruling Liberal Party.

“There have been people who have been coming to me to find out if I am genuinely running,” she said.

Kapunan, however, said she has yet to receive an official invitation.

“I am saying now to all the parties that I will run, I want to win, and I will win because we are motivated only by the desire to serve,” she said. “I want to serve, and if service is in the Senate, then that’s what I want to do.”

READ: In the Know: Lorna Kapunan, lawyer of celebrities

Asked if she will consider running as independent, Kapunan said she believes in the “wisdom” of political parties.

“Kung may wisdom sila kung sino ang dapat nilang piliin, sigurado akong nasa slate nila ako (If they have the wisdom on whom they should choose, then I should be included in their slate),” Kapunan said.

She added she would run under a political party which has an anti-corruption drive.