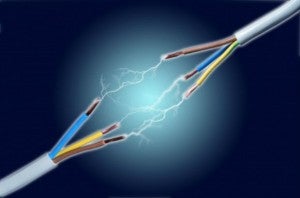 TUGUEGARAO CITY, Philippines—A father and his son were electrocuted while checking the roof of their house in Aparri, Cagayan, on Sunday morning as Typhoon “Dodong” was approaching the province, police said on Monday.

Senior Insp. Mina Domingo, Aparri police chief, said Rogelio Paa, 70, and son Neil, 45, took the opportunity of a power interruption at 11:30 a.m. to check on a power line that was reportedly touching the roof of their house in Barangay (village) Mabanguc, believing it had caused the outage.

“They did not know that the line was cut open, so that when power came back, it brought electrical charge to the roof [and] electrocuted the victims,” Domingo said.