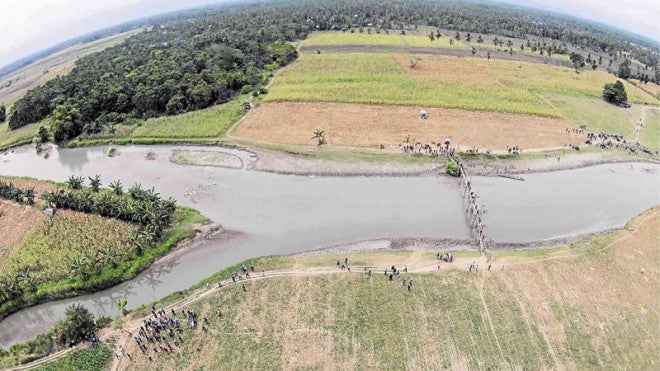 KILLING FIELD  The cornfields of Mamasapano, Maguindanao, where 44 Philippine National Police Special Action Force commandos were killed on Jan. 25 in clashes with Moro rebels, are seen from a hovering drone in this photo taken on Feb. 24. REM ZAMORA/PHILIPPINE DAILY INQUIRER

The Armed Forces of the Philippines (AFP) has invited lawmakers from the Senate and Congress to visit the encounter site of the bloody clash between police commandos and Moro rebels in Mamasapano, Maguindanao, last Jan. 25.

“Among those who are invited are local government officials, members of the International Monitoring Team [and] representatives from the Moro Islamic Liberation Front.”

The visit aims to show “the actual battlefield conditions” in Mamasapano which killed 44 police commandos.

“The visit wants to show the actual terrain conditions and the limitations that have contributed to the decision of withholding artillery fire support for the beleaguered SAF troopers,” Cabunoc said.

Cabunoc said it was important for the lawmakers to see for themselves what are the factors why they could not fire artillery.

The AFP has been blamed for not giving immediate reinforcements during the Mamasapano raid.

Some lawmakers have already expressed interest in joining the trip, but the actual date has yet to be set, Cabunoc said.

“The AFP would also like to draw valuable lessons from the unfortunate incident in order to improve the future law enforcement operations with the Philippine National Police against the enemies of the state,” Cabunoc said. RC