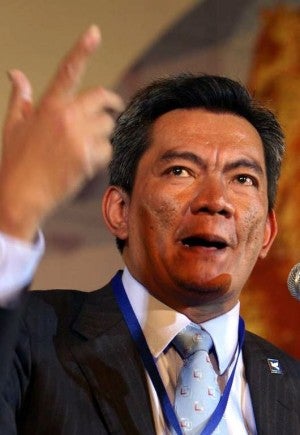 Albay Governor Joey Salceda faces a malversation complaint before the Office of the Ombudsman for the alleged ghost deliveries of aid sourced from P47 million in Malampaya funds during the Mayon Volcano eruption in 2009.

According to the complaint filed by Michael Mina, Manuel Alagaban Sr., Julius Del Rosario, Bienvenido Belga Sr. and Volunteers Against Crime and Corruption chairman Martin Dino, Salceda and his social welfare and development office head Yolanda Guanzon are liable for malversation of P47 million in funds the provincial government received.

The complainants said the constituents of Del Rosario and Joselito Lana, both barangay (village) captains, did not receive sacks of rice even when they were enlisted as supposed beneficiaries of aid for evacuees.

Other barangay residents who were supposed to receive bundles of firewood also denied receiving any aid, the complainants added.

The residents of Padang, Matanag and Bogna denied that the signatures on the Commission on Audit’s firewood distribution list are theirs.

“A number of its alleged beneficiaries from the provincial government of Albay did not receive the help supposedly extended to them by the said local government unit. This only gives rise to the legal presumption that that the subject allotment, or at least a portion thereof, was used for a purpose different from that for which it was intended,” the complaint read.

“As head of the provincial government of Albay, Salceda is responsible for all government funds pertaining to the said local government unit… He cannot therefore feign ignorance about the glaring misuse of the P47-million allotment from the Malampaya fund,” it added.

The complaint also said that Guanzon is allegedly liable for her direct hand in the disbursement of the fund and falsification of documents submitted to the Commission on Audit to make it appear that the aid for beneficiaries was delivered. IDL