5 Things to know about Clinton’s decision to run again 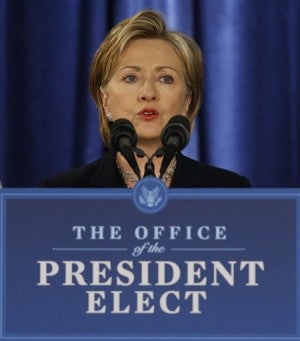 WASHINGTON — The launch of Hillary Rodham Clinton’s 2016 presidential campaign marks the end of a long and methodical decision-making process for the former secretary of state, senator and first lady.

While the Democratic political apparatus had been pushing Clinton to run since the day she left the State Department, she waited until last fall to fully engage in the process. Once she did, Clinton met with dozens of policy and political experts, pored through countless memos and delved deeply into what went wrong with her failed 2008 campaign.

Here are five things to know about Clinton’s decision to run:

As Clinton was returning to private life after her four years in the Obama administration, an outside group called Ready for Hillary was pushing her to run for the White House.

At first, the group was a source of frustration for her advisers, who felt it was putting too much pressure on Clinton far too quickly. But soon, the Clinton team’s view of Ready for Hillary would shift from annoyance to acceptance.

The energy the organization was harnessing reminded them of the kind of grassroots movements they jealously watched mobilize around Barack Obama in 2008.

There was plenty that gave Clinton pause as she started weighing another campaign.

She grimaced at the thought of giving up her privacy again. She worried about putting daughter Chelsea, her husband Marc and their baby in the spotlight. She felt bad that her candidacy would crowd out Vice President Joe Biden, a longtime friend who was also toying with a White House run.

Clinton was also mindful of chatter that she could be challenged from her party’s liberal left flank. She set up a meeting with Sen. Elizabeth Warren, whose anti-Wall Street positions were galvanizing progressives and stoking talk that she could launch her own 2016 campaign. The meeting was as much an opportunity for Clinton to gauge the mood of progressives as it was a chance to size up the seriousness of Warren’s repeated denials of a White House run.

Clinton campaigned aggressively for Democrats in the 2014 elections, holding 45 events for 26 candidates. More than half of those candidates lost.

Clinton had expected the results to be bad, but not this bad.

Democrats had run scared, she concluded. The party had done little to defend its accomplishments on the economy and health care, and done even less to argue what Democrats wanted to do in the future.

Clinton’s takeaways about Democrats’ failures would guide the final months of her decision-making about running for president.

Though the fall, Clinton delved into meetings with political and policy experts.

As she navigated what a successful campaign would look like, she consulted several operatives who worked for Obama. Among them: former Obama campaign manager David Plouffe, ground game guru Jennifer O’Malley Dillon, and digital director Teddy Goff.

By the time Christmas rolled around, Clinton had largely settled on running a second campaign, but wanted to make the final determination with her husband, Bill. The couple headed to the Dominican Republic for their annual vacation at fashion designer Oscar de la Renta’s beachfront estate.

Clinton arrived on the island with 500 pages of campaign notes in tow. She spent her beach vacation wading through the documents and discussing her plans with her husband.

When she returned to New York in the new year, there was no formal meeting with staff or email to friends to announce her candidacy. Clinton simply started telling advisers to move forward with hiring and find a campaign headquarters.

Read Next
China frees 5 women’s rights activists after month detention
EDITORS' PICK
97 areas in PH under Alert Level 4 — DOH
Welcome the next imagery master with vivo X70 co-engineered with Zeiss
Watch live performances by ITZY, Mamamoo and other K-pop stars on Smart’s GigaPlay App
COVID-19 cases may peak by October — DOH
Declaration of Pacquiao as PDP-Laban presidential bet illegal — Cusi wing
An innovative, fun shopping experience AllDay
MOST READ
Roque not surprised by opposition to ILC nomination: They do not wish anyone to succeed
Son of prominent businessman nabbed in La Union for cocaine possession
Declaration of Pacquiao as PDP-Laban presidential bet illegal — Cusi wing
Most of PH to have cloudy and rainy Monday – Pagasa
Don't miss out on the latest news and information.