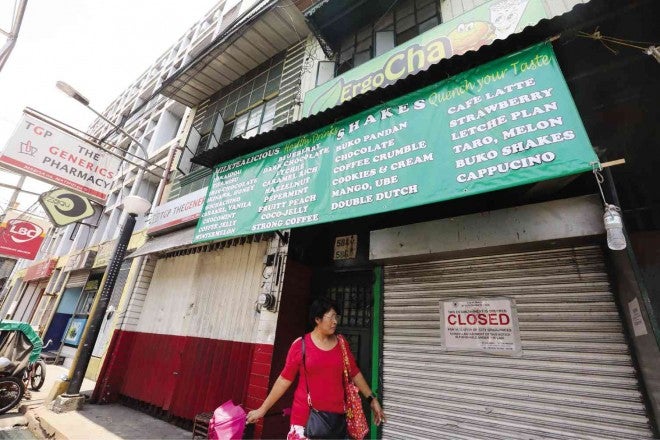 MILAGROS Valenzuela, Manila sanitation officer for Sampaloc district, passes by the now-closed ErgoCha tea shop as she led the inspection of other food establishments on Bustillos Street on Saturday. JOAN BONDOC

The alleged food poisoning incident that left two persons dead and sent another to the hospital after they drank milk tea sold at a small store in Manila prompted health and sanitation officials to work overtime during the weekend, with one probe checking whether the beverage was laced with cyanide.

The results of the investigation came in trickles on Saturday, with the police yet to assign criminal liability and local government inspectors fanning out to check neighboring food establishments in the area.

An autopsy report released by the Manila Police District (MPD) stated “shock secondary to ingestion of toxic substance” as the cause of death of Suzaine Dagohoy, one of the two victims who took a sip of the “Hokkaido’’-flavored drink at the ErgoCha Milk Tea House on Bustillos Street in Sampaloc.

The report was signed by Chief Insp. Gracia Guno of the MPD crime laboratory.

An MPD source, who declined to be identified for lack of clearance to discuss the matter with the press, said an initial investigation on William Abrigo, the second victim, showed that his “throat did not show indications that a strong substance, such as silver nitrate or cyanide, passed through it.”

Meanwhile, an official of the Food and Drug Administration (FDA) said its preliminary tests were focusing on the possible presence of cyanide in the drink, noting that the victims died within minutes after ingestion.

“Food poisoning per se usually doesn’t have such fast effect on people. If it was just a case of spoiled milk tea or any other food, I doubt if it would be fatal. But in this case, the victims died in a matter of minutes,” FDA officer in charge Nick Lutero told the Inquirer.

The MPD submitted the milk tea specimens to the FDA on Friday and test results may be released today or Monday, Lutero said in a phone interview. “Our staff is working overtime over the weekend. Our central laboratory is usually open even on weekends when we have situations such as this.”

The FDA started analyzing the specimen although certain requirements were not met by the MPD, he said. “When the specimen was brought to us, there was no medical abstract, no narrative of what happened, no information regarding the symptoms experienced by the victims. Those requirements would have made the analysis of the specimen easier. Without those information, we’ll be compelled to test the specimen for all substances, which is more difficult and time-consuming,” Lutero explained.

Nevertheless, the FDA decided to proceed, focusing on cyanide tests first, “in the interest of public safety,” he said. “Should the tests yield negative results for cyanide, then we will proceed with other tests for other substances.”

On Thursday, Dagohoy and Abrigo, the ErgoCha store owner, collapsed and died shortly after they took a sip of the milk tea that Dagohoy ordered at the store at 10:42 a.m.

Abrigo, who prepared the drink, tasted it himself after she fell unconscious, a security camera footage of the incident showed.

Dagohoy’s boyfriend Arnold Aydalla also took a sip but immediately spat it out. He was rushed to Philippine General Hospital, where he was still confined Saturday.

SPO2 Jonathan Bautista, the investigator on the case, said that should FDA test results confirm that the tea contained contaminated ingredients, the MPD’s next step would be to find out where these came from.

The fructose syrup and the “Hokkaido” powder recovered from the store were in unlabelled plastic containers, he noted.

“If those ingredients are openly sold in the market, we have to immediately take action to avoid an outbreak,” Bautista said.

Bautista said no criminal charges had yet been filed against Abrigo’s widow, Adela, the store’s registered owner.

The officer also denied that MPD was already filing charges against a son of the Abrigos, after a store employee, Joseph Garnacio, was quoted in TV reports as saying that he earlier brought a foul-smelling chemical to the store and that he was seen wearing gloves when he washed a cup.

According to Bautista, Abrigo’s son had already gone to MPD headquarters on Thursday but only gave personal details about his late father and the ownership of the store. He was “very cooperative,” the officer said.

“So far, there’s no reason (to file charges) since we still don’t have the results. It’s still premature because we don’t have any basis,” Bautista said.

Bautista said MPD investigators who went to the shop did not smell any unpleasant odor.

Also on Saturday, officials of the Manila sanitation office inspected other food establishments on Bustillos Street to check their compliance with health and sanitation requirements.

Abrigo’s one-year-old tea house, which also serves hamburgers, is located between a drugstore that had been closed for a month reportedly due to financial problems and a welding shop that makes bunk beds, steel windows and barbecue stands, among others. 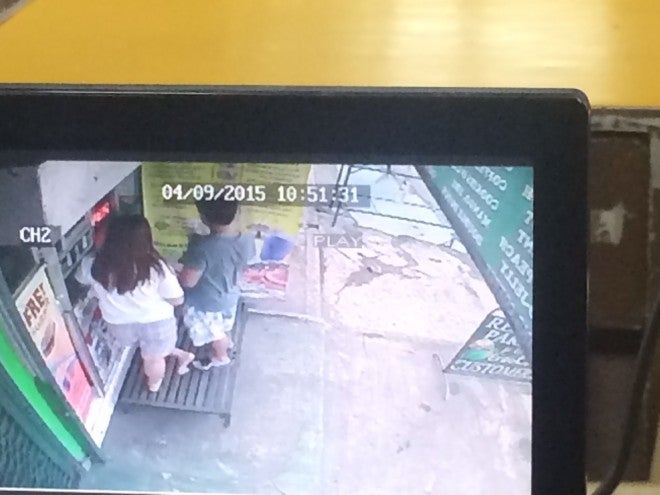 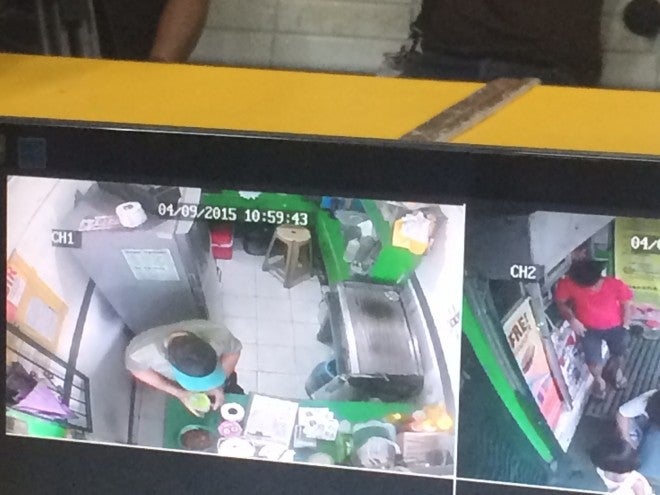 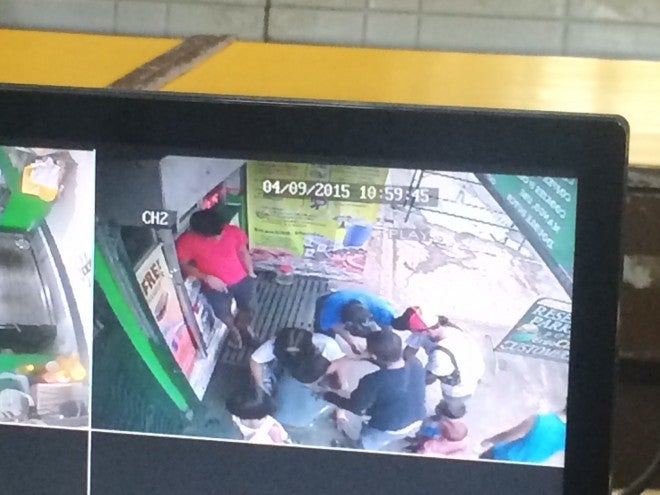 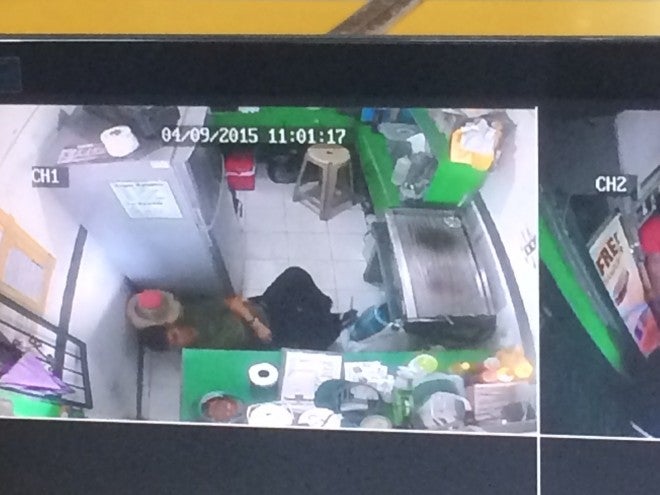