With or without a complaint from the victims of an alleged food poisoning, police yesterday said that they would still continue with their investigation on the questioned milk tea ingredients to avoid an outbreak from spreading.

According to SPO2 Jonathan Bautista, should results from the Food and Drug Administration (FDA) show that the Hokkaido-flavored milk tea concocted by ErgoCha Milk Tea House owner William Abrigo was indeed contaminated, they would then turn to where the ingredients of the drink were purchased. 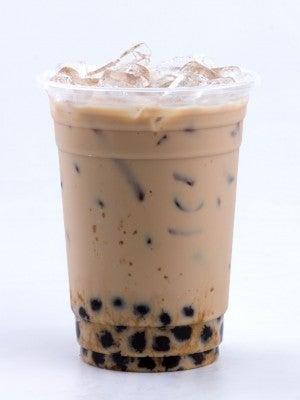 If the results of the Food and Drug Administration (FDA) tests show that the ErgoCha milk tea was contaminated, the police said they would have to find out where the ingredients of the drink were purchased so that they could “immediately take action [to hold its selling] to avoid an outbreak.”

“If it were the ingredients of the milk tea that killed them, and those ingredients are sold in the market, we have to immediately take action [to hold its selling] to avoid an outbreak,” Bautista said.

He said that it is important to determine where the ingredients were sourced and who manufactured it, since “these are not just exclusively sold in Manila; they may have also reached the provinces.”

On Thursday afternoon, Abrigo and Suzaine Dagohoy died after they took a sip of the milk tea the latter ordered at 10:42 a.m. Dagohoy’s boyfriend Arnold Aydalla, who also took a sip but immediately spat out the drink, remains hospitalized at the Philippine General Hospital.

Based on the closed-circuit television (CCTV) camera footage obtained by authorities from the store and showed to reporters on Friday, the two fatalities collapsed three minutes after they took a sip of the flavored drink. Aydalla, on the other hand, became disoriented eight minutes after he tasted the milk tea.

A PGH official on Saturday said that “a public bulletin has yet to be released since we are still studying the case.” To date, Bautista said that no charges have been filed against Abrigo’s wife, Adela, who is the shop’s registered owner.

Police lamented on Friday that the FDA could not start testing the ingredients and the finished product they submitted until they filled out a form, which asked for information about the product, such as its manufacturing date and FDA registration number.

Bautista said that it is still unknown where the fructose syrup and Hokkaido powder flavoring were purchased since these were all placed in “unlabeled and unmarked plastic containers.”

He added that in a phone call with Health Secretary Janette Garin yesterday, he told her that they have nothing against the FDA’s rules, but on this particular case the police cannot provide the information it asks from them since they are not the ones who purchased the products.

Bautista also belied reports that they are filing charges against the unnamed son of Abrigo, since there are no findings yet if the ingredients were indeed contaminated.

He said that when Abrigo’s son voluntarily went to the Manila Police District (MPD) on Thursday, “there was nothing unusual with his movements” and had been “very cooperative.”

“So far, there’s no reason [to file charges] since we still don’t have the results. It’s still premature because we don’t have any basis,” Bautista said.

Several reports have quoted store employee Joseph Garnacio as saying that Abrigo’s son brought to the roughly 10-square-meter establishment an allegedly foul-smelling chemical, and wore gloves when he washed a cup.

Bautista said that when they went to the nondescript milk tea shop in a nearly 50-year-old building complex on Bustillos Street in Sampaloc, they did not smell any unpleasant odor. He added that when he asked Garnacio if the cup was the same cup used by the elder Abrigo when he made the flavored drink, the 23-year-old helper said no.

MPD homicide division chief Senior Insp. Melchor Villar added that there was nothing unusual with the younger Abrigo using a glove to wash dishes since it is part of proper food handling and sanitation.

No indications of strong substance

Meanwhile, a police insider, who requested anonymity for lack of clearance to speak on the matter, said that an initial investigation on Abrigo’s body showed that his “throat did not show indications that strong substance, such as silver nitrate or cyanide, passed through it.”

On the other hand, an autopsy report from scene of the crime operatives said that the cause of Dagohoy’s death was “shock, secondary to ingestion of toxic substance.” A final diagnosis would be released pending histopathological and toxicology examinations.

Officials of the local government’s sanitary office made rounds yesterday on the stretch of Bustillos Street to check if food establishments complied with the city’s health and sanitary requirements.

Sampaloc district sanitary officer Mila Valenzuela said that they checked if the shops had clean facilities and stored well their ingredients.

Abrigo’s year-old milk tea house, which also serves hamburgers, sits between a drug store which has been closed for a month due to a financial problem and a welding shop that makes bunkbeds, steel windows and barbecue stands, among others.

Nothing seems out of the ordinary in the area, save for the ankle-deep drainage water that sits still in front of the drug store, which is around 10 feet away from the milk tea house.

A resident who declined to give his name said that the shop shares the same wooden ceiling with the milk tea house, but is partitioned by a concrete wall. He, however, added that he did not smell anything unusual within the area days before the incident.

He also noted that Abrigo’s son would rarely visit the establishment and that they did not hear the two argue when they were there. RC