Cayetano to peace panel: I’m not lying, we have same intel sources 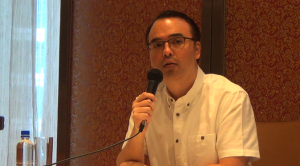 “Ang nagbibigay sa akin niyan, pulis at militar, active at retired, at ‘yan ay nasa intel. Bakit hindi nila pinansin ang intel? (The ones who gave me that information are police and military, active and retired, that was in their intel reports. Why did they not pay attention to the intel?)

“The most important question is, was I telling the truth? If I was lying and all the materials I presented were not true, the peace panel should have said it outright,” he added.

READ: Peace panel: Where were you then, Alan?

“All of that is factual,” the Senator said, pointing out that the emails he presented during his privilege speech at Congress were used by US prosecutors.

He also slammed the peace panel for saying that he was not active in the Senate hearings on the proposed Bangsamoro Basic Law (BBL).

He said he regularly sent his staff to the said hearings because of “numerous activities in the Senate.”