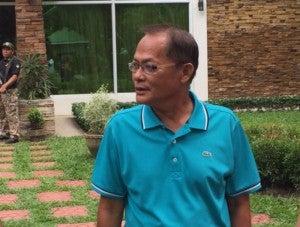 Wahid Tundok, commander of the MILF’s 118th Base Command, told the Inquirer by phone he even never met Marwan and branded Cayetano’s revelation as fabrication.

“I wouldn’t even recognize him if I had the chance to meet him,” he said.

Cayetano mentioned e-mail exchanges between Marwan and his brother Rahmat, where Tundok was allegedly mentioned as the former’s protector. The e-mails were part of the US government’s charge sheet against the brothers in 2007.