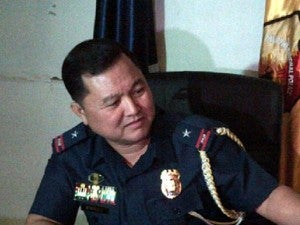 MANILA, Philippines–The police body investigating the Mamasapano incident does not need a sworn statement from President Benigno Aquino III’s on the clash, at least according to the Philippine National Police’s spokesperson.

According to Chief Superintendent Generoso Cerbo Jr., Aquino’s public statement on Monday defending himself for refusing to take responsibility on the debacle and putting the blame on sacked Special Action Force (SAF) chief Police Director Getulio Napeñas would suffice in the ongoing probe of the PNP’s Board of Inquiry. (BOI)

“With the official statement of the President na harapan pa niyang sinasabi sa atin, palagay ko it will matter na rin. It will be considered,” Cerbo said in a press briefing on Tuesday.

“Does it have to be signed? Isn’t it enough that the President could openly tell us his side?”

Speaking before evangelical leaders on Monday, Aquino maintained that he would not take the blame for the bungled operation, even pointing out that Napeñas “fooled him” and “gave him wrong information.”

Earlier the BOI chairman, Police Director Benjamin Magalong, disclosed that Aquino has not responded to their request for a sworn statement.

Magalong said they had asked Aquino to furnish the BOI an official statement through Interior Secretary Manuel “Mar” Roxas II.

But Cerbo said the BOI has “enough information” and the “complete picture” of the encounter that led to the killing of 44 policemen, 18 Moro rebels and five civilians.

“What’s important here is that the BOI has interviewed 400 resource persons whose inputs could contribute to the investigation. Let’s wait for the BOI report,” he added.