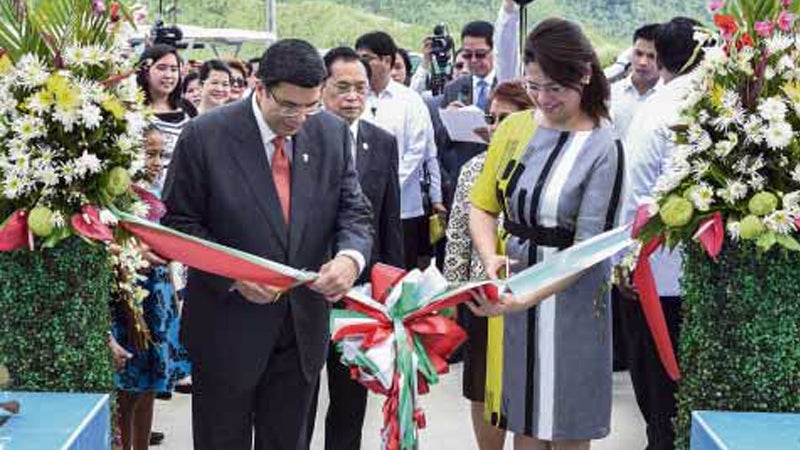 ALANGALANG, Leyte—On Feb. 15 last year, Iglesia ni Cristo (INC) members from all over the world walked for a cause—to raise funds to build houses and provide a livelihood for victims of Supertyphoon “Yolanda.”

Barely a year later, the promise was fulfilled.

In Sitio (settlement) New Era here, in Barangay (village) Langit, 500 concrete houses stand ready for occupancy, with an eco-farming site, a garment factory, a fish-drying plant and a mushroom facility nearby to provide jobs for the residents.

Nestled on a mountain top in Alangalang town, at least 500 more houses will be built within the year.

The inauguration coincided with the ordination of 24 ministers in a special worship service officiated by Bro. Eduardo. Those ordained included a South African, two Japanese and a German.

The worship service held under a tent was beamed via video link to Tokyo, Japan; Bonn, Germany; and King William’s Town, South Africa.

INC General Evangelist Minister Bienvenido Santiago read the message on the marker during the inauguration led by Bro. Eduardo, who presented the ceremonial key to a beneficiary of a housing unit.

INC General Auditor Minister Glicerio Santos Jr. said the community was the fulfillment of the promise made by the church administration to help the victims of Yolanda.

This was aside from the help the church extended to Yolanda survivors immediately after the typhoon.

The INC held a series of relief and medical missions in Leyte, Samar and other provinces hit by Yolanda through the FYM Foundation from the time the storm hit in November up to March 2014.

“This is being done by the Iglesia ni Cristo because that is what God wants us to do—to love one another,” Santos said in Filipino.–Donna Cueto-Ybañez, Contributor