#InquirerSeven Most Eye-Popping Stories of Viral Justice of 2014 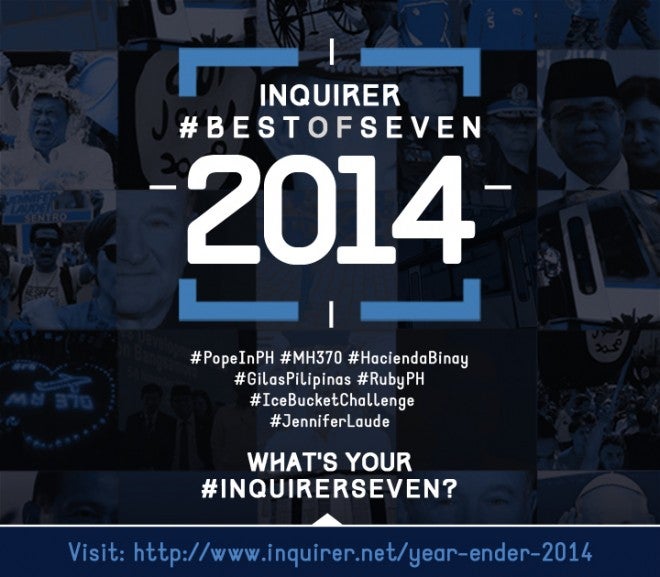 MANILA, Philippines –  With the last days of 2014 winding down, join INQUIRER.net in looking back at the seven biggest stories of the year that not only went viral but also caught the attention of authorities and forced them to act.

This third of seven #InquirerSeven listicles remembers the seven Most Eye-popping Stories of Viral Justice of 2014.

Read the full list of the Inquirer #BestOfSeven 2014 Yearender special. Taxi scams in 2014 and their different modi operandi quickly went from fictional tales to the new normal, as people shared their stories on social media and standard media paid close and quick attention. Mobile apps for hiring taxis grew in popularity, but caution is still very much the order of the day. A netizen shared on the Facebook page of Top Gear Philippines a video of an MMDA traffic enforcer accepting payments from bus conductors to be allowed to get more passengers, thus causing traffic in the area. The MMDA has suspended the officer. 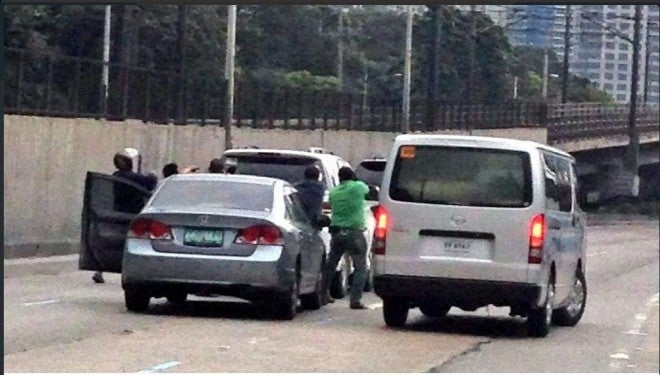 It was a scene straight out of an action movie. Several men surrounded a vehicle with guns drawn in the middle of Edsa. A netizen witnessed the incident and posted a photo, which immediately went viral. It was later found that Quezon City policemen were behind the brazen kidnapping. 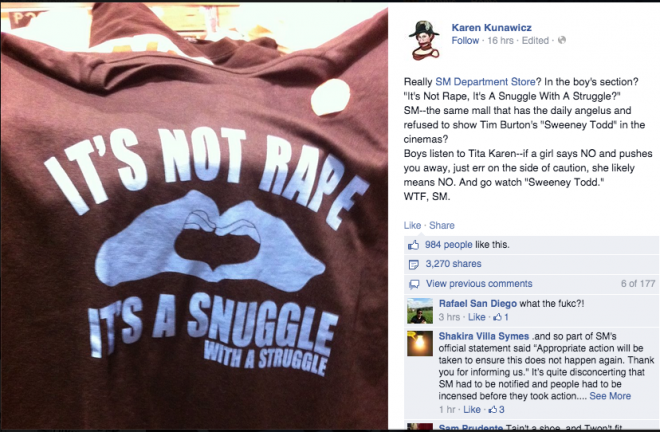 A netizen shared on social media a photo of a shirt with the words “It’s not rape, it’s a snuggle with a struggle,” being sold in a mall. Months later, a model shared on Instagram a photo with the caption, “If rape is inevitable, [lie] back and enjoy it.” The shirt was later recalled and the photos deleted. 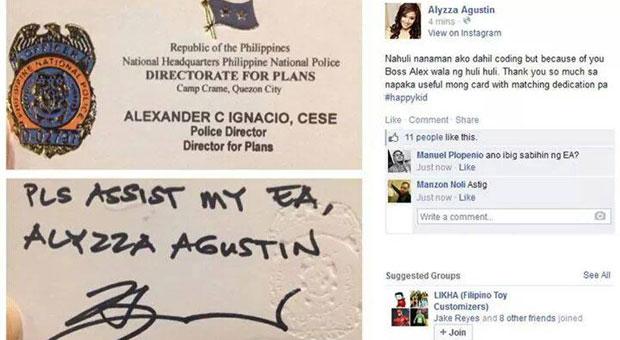 A sexy model drew the ire of netizens after she shared a photo of a police officer’s calling card on social media, bragging that she was able to avoid a traffic violation because of it. Both Alyzza Agustin and Police Director Alexander Ignacio later denied knowing each other. The driver of a Maserati sports car, identified as Joseph Ingco, allegedly punched and dragged MMDA traffic enforcer Jorbe Adriatico after he was flagged for a traffic violation. Ingco’s license has since been revoked by the LTO and charges have been filed against him. 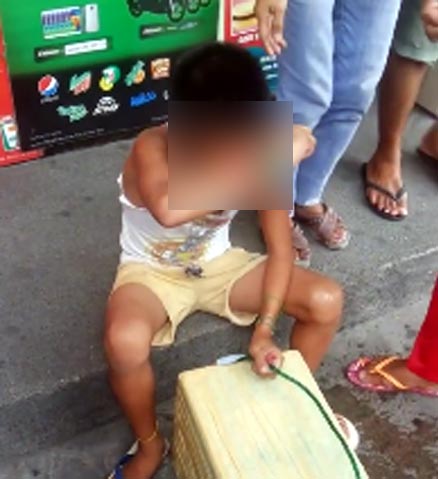 A young pandesal vendor was seen crying after he was allegedly robbed. Police later said the boy lied and suspect he made the story up because he was afraid his mother would beat him for not selling enough bread.