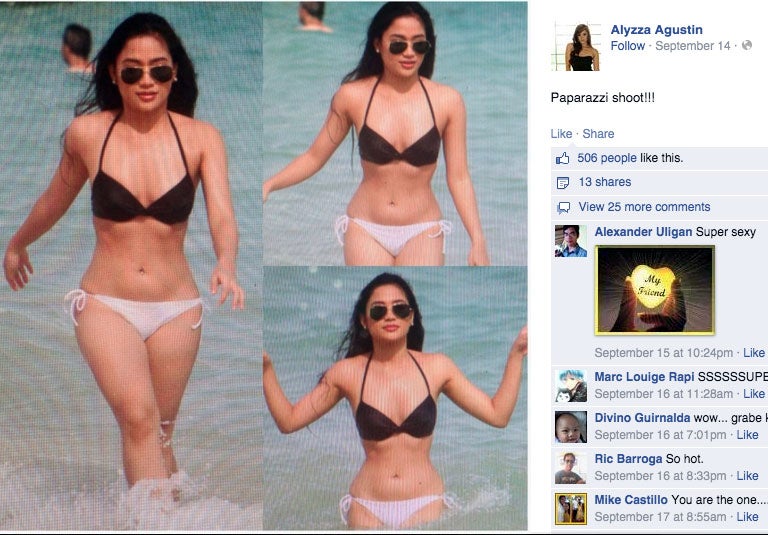 MANILA, Philippines–Her post on social media may be more controversial than any of the poses she made on the glossies.

A men’s magazine model is in hot water after bragging on social media that she avoided getting reprimanded for a traffic violation with the help of a high-ranking policeman’s signed business card.

A screenshot of FHM model Alyzza Agustin’s Facebook post showing off the business card of Philippine National Police Directorate for Plans chief Police Director Alexander Ignacio that let her off the hook for violating traffic rules made rounds in various social media.

(I was caught again because I had violated the number coding, but because of you, Boss Alex, I was not apprehended. Thank you so much for this useful business card with matching dedication.)

The post was accompanied with photos of Ignacio’s business card with his signature and message written on the back saying, “PLS ASSIST MY EA, ALYZZA AGUSTIN.”

Agustin, who was among ‎the FHM 100 Sexiest Women in the World in 2013, however, did not make clear in her post what “EA” stood for.

This further aroused speculation among netizens who claimed “EA” meant “Extrang Asawa”, suggesting that Agustin is the police official’s ‎mistress.

When sought for comment, newly-appointed PNP spokesperson ‎Senior Superintendent Wilben Mayor said Ignacio is currently abroad and will air his side when he comes back. 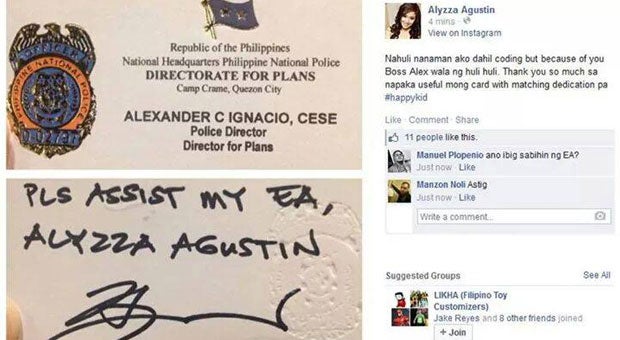 Pacquiao tells cops: Read the bible and be with God