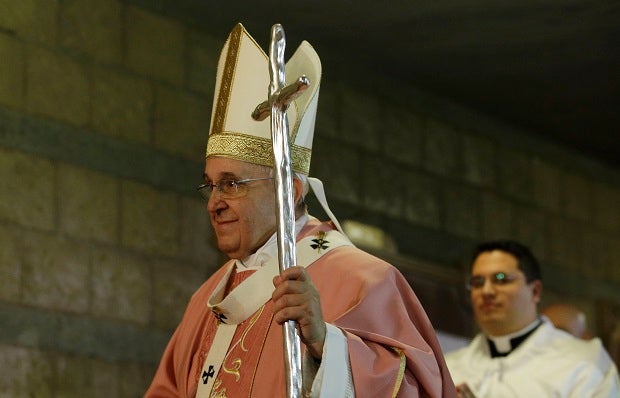 MANILA, Philippines – Dress modestly, maintain peace and order, refrain from pushing and shoving during Masses and other events with Pope Francis, who will be in the Philippines next month.

These were among the “gentle reminders” issued by the papal visit organizers to the Catholic faithful.

The reminders, which organizers presented in a video and posted on papalvisit.ph and on YouTube, were enumerated by public figures led by Manila Archbishop Luis Antonio Cardinal Tagle.

Among the reminders include:

* Actively take part in Masses by singing and responding;

* Heed authorities’ instructions particularly when it comes to peace and order, security and public health;

* Be aware of the location of first-aid stations and portalets;

* Keep the venues where the gatherings will be held clean, and do not litter. Dispose garbage properly. This will help those cleaning up the venue after the event;

* Only those with car passes can go to drop off points;

* Dress modestly. Do not wear sandos, sleeveless outfits, or clothing that bare midriffs, or miniskirts;

* Keep an eye on children at all times. Give the same attention to elderly and people with disabilities; and,

* Follow instructions and respect barricades to be placed by authorities.

“Let’s show that we are disciplined, courteous, cheerful, helpful and most of all compassionate,” said multi-awarded actress Boots Anson-Rodrigo, who was among the public figures featured in the video.

“The world is one with us in this historic visit of Pope Francis to our country,” added Tagle.

Pope Francis is scheduled to be in Philippines on Jan. 15 to 19.