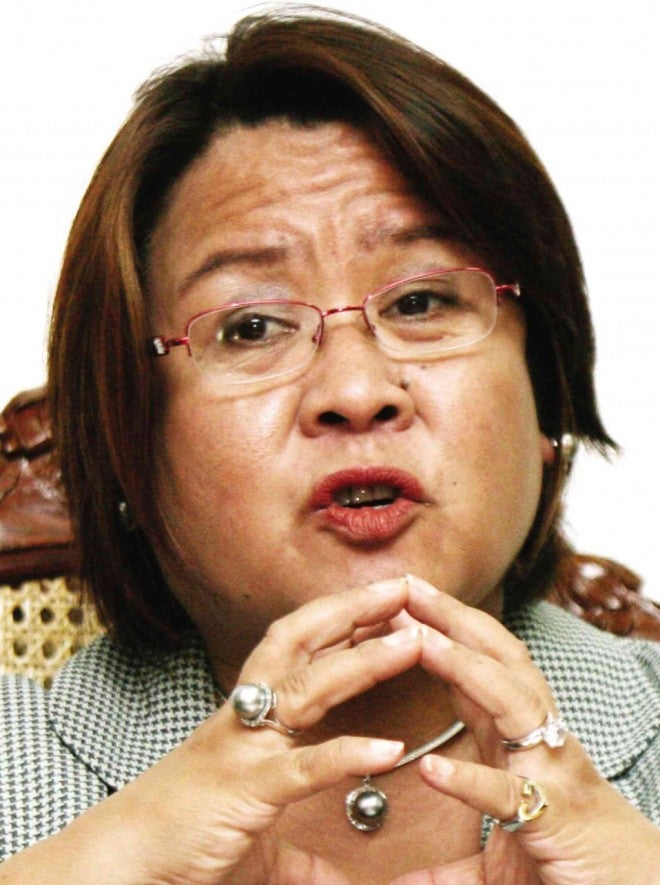 MANILA, Philippines – Justice Secretary Leila de Lima will return to the New Bilibid Prison (NBP) on Friday (Dec. 19) to check if her instructions for the dismantling of illegal structures set up by some privileged inmates have been carried out.

NBI director Virgilio Mendez announced this on Thursday, adding that NBI agents would serve as security escorts to De Lima.

Last Monday, De Lima, accompanied by agents of the NBI and the Philippine National Police Special Action Force, made a surprise inspection of the maximum security compound and saw for herself the shabu, P2 million in cash, high end television sets and appliances, fully furnished baths, music studio and living rooms of 20 high profile inmates convicted of robbery, drug trafficking and other major crimes.

The 20 were transferred from their comfortable living quarters in the Bilibid to NBI cells. The NBI and PNP teams gathered evidence indicating that the 20 inmates continued with their illegal drug trade from prison.