What will it take for NHA to donate land to children’s hospital? | Inquirer News

What will it take for NHA to donate land to children’s hospital? 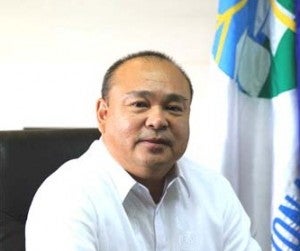 MANILA,  Philippines — The National Housing  Authority   (NHA)  expressed  readiness on Tuesday  to donate  to the Philippine  Children’s  Medical Central (PCMC) the  3.7-hectare  land  it is currently occupying  in Quezon City but which belongs to the NHA if the President would  issue a proclamation.

NHA General Manager Chito Cruz gave this commitment during the hearing of the Senate committee on health on the long contested land being occupied by the PCMC.

“…If the President issues a proclamation where NHA will donate it to the PCMC, you will abide?” asked Senator Loren Legarda.

“So we call on the President to donate the land to the PCMC…,” said Legarda, who received applause from the crowd inside the hearing room.

When also asked by Senator Teofisto  Guingona III, chairman  of the committee,  if the NHA would also comply should the Department of Justice  issue a legal opinion , saying  that it would  be ok to give the  property to the PCMC, Cruz answered yes.

“Ok. We have two options now. One is a presidential proclamation which you said you would comply. Second, a DOJ opinion and third is law… ” Guingona said but quick to add that the third option would be a long process as it would  have to go through approval  of both chambers of Congress.

But Cruz said the fourth option was for the Senate to simply give the PCMC a budget so it could  settle its obligations with the NHA.

Interviewed by reporters after the hearing, Guingona said he would talk to Justice Secretary  Leila de Lima to come up with a legal opinion  on the issue before Christmas.

Guingona said the PCMC should not be evicted from its current location for the sake of the thousands of poor patients who benefit from it.

The PCMC has been occupying the land for 34 years before the NHA demanded it to purchase the estate for P1.1 billion.

The PCMC treats over 60,000 patients annually, most of whom come from poor families. Paying patients are only allocated 70 of 260 hospital beds, what with the yearly increase in the rate of impoverished or service patients.