LOS BAÑOS, Laguna—Former Makati Vice Mayor Ernesto Mercado funded the construction of a P150-million luxury hotel owned by the Boy Scouts of the Philippines (BSP) on Mt. Makiling, according to a highly placed source.

Mercado, the principal witness in a Senate blue ribbon subcommittee inquiry into alleged corruption in Makati when Vice President Jejomar Binay was the city’s mayor, advanced the money for the construction of the hotel in 2009 in exchange for Binay’s support in his planned campaign for the mayoralty in 2010, the source said.

The Inquirer tried calling Binay’s spokesperson Joey Salgado for comment but he could not be contacted at press time.

In a telephone interview last Friday, Mercado confirmed that he helped in the construction of the hotel, but said the hotel cost only P60-65 million, not P150 million.

Mercado said the money spent for the construction of the hotel came from BSP funds, pooled from collections from Boy Scouts in all schools across the country and profits from the sale of Boy Scouts paraphernalia.

“The money came from legitimate funds,” he said. 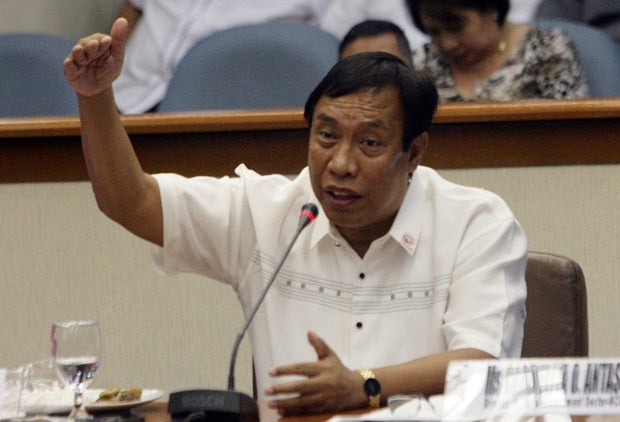 A Makati City ordinance dated June 22, 2009, showed that the city council appropriated P10 million for assistance to the Philippines’ hosting of the 26th Asia-Pacific Regional Scouts Jamboree from Dec. 28 that year to Jan. 3, 2010.

The money would come from the “monthly operating office expenses—special projects” of the Office of the Vice Mayor of Makati City, the ordinance said.

The financial assistance “is in support of its noble cause, the City Government of Makati is once again, proud benefactor of the BSP Asia-Pacific Jamboree,” the ordinance said.

The financial assistance to the jamboree was approved by Binay.

The four-story BSP-International Makiling, is tucked in a BSP-leased forest reserve along Jamboree Road in Batong Malake village here.

It was built in late 2009, shortly before Binay and Mercado had a falling out.

“We’ve always known that [Binay] promised Mercado he would be the mayor and Junjun (Binay’s son Jejomar Erwin Binay Jr.), who was then the first [city] councilor, the vice mayor,” said the source, who claimed knowledge of the hotel project but requested that his identity and affiliation be withheld for fear of reprisal.

But Binay did not deliver on his promise and when Mercado lost the mayoral race to Junjun Binay in 2010 he also lost his taste for the scouting organization, the source said.

At that time, Mercado was also the senior vice president of BSP (he served from 2007 to 2010). Binay was the BSP’s national president.

Binay, remains BSP president. He is the longest-serving president of the 2-million-strong BSP. He was first elected in 1994 and served up to 1996 and he was elected again in 1999.

The organization’s past presidents held only two- to three-year terms.

Mercado identified the contractor as Twinleaf Construction Corp. He said he was part owner of the company.

Despite the rift between Binay and Mercado, the hotel was completed “and so the [BSP] board had to allot P10 million [from its funds] every time it had its monthly meeting to pay Mercado back,” the source said.

It was only in late 2013 when the BSP completed the payment of the P150 million it owed Mercado, according to the source.

Mercado confirmed the payment by installments, but said the total was only P60-P65 million, not P150 million.

He also confirmed that the hotel was built for the 26th Asia-Pacific Regional Scout Jamboree and said it was built at the request of Binay.

The BSP board headed by Binay approved the construction of the hotel, he said.

“When we were still allies, he told me to find a way so that the Philippines, being the host country, would have a scouts facility it could boast of. So I talked to the construction company,” Mercado said.

The hotel has a total floor area of 3,070 square meters and it stands on a 57.7-hectare property leased by the BSP from the University of the Philippines Los Baños.

The hotel, according to its brochure, has 40 rooms and four banquet rooms named Makiling Hall, Board Room, SG Room and VP Room.

Although BSP-International Makiling belongs to the BSP, it is managed by El Cielito Hotels, which has a 10-year contract with the organization starting from September 2012.

El Cielito is a chain of hotels with properties in the cities of Sta. Rosa, Baguio, Tagaytay and Makati. The chain has its main office in Makati.

Records at the Los Baños Engineering Office showed that BSP-International was issued a building permit only on June 17, 2012. The hotel was categorized as an “institutional” project and therefore was exempted from paying the building fee.

The hotel has no records at the municipal treasury since it is also exempted from paying business tax.

“I had been pushing that they pay [business] tax until I got reprimanded,” a source from the municipal treasury office said.

“[But] why wouldn’t they? To me, it’s a five-star hotel,” said the source, who requested anonymity for fear of losing his job.

The building permit did not indicate the name of the contractor but it showed the signature of a certain Cesario C. Reyes, a civil engineer.

“I just remember that whenever they (a group of engineers) came here they would introduce themselves as Mercado’s men,” another source from the engineering office said.

BSP Camp Director Eusebio Mole said the hotel was built in 2009 so it could host the 26th Asia-Pacific Regional Scout Jamboree in style.

Mole said the construction was “rushed.”

He said Mercado frequented the BSP site until he lost his position in the BSP in 2010.

He said the hotel was constructed with funds from BSP’s “solicitations.”