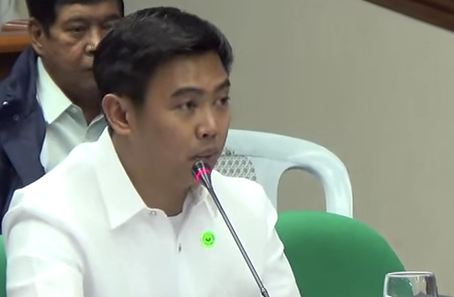 MANILA, Philippines — Prepared to face arrest, Makati Mayor Jejomar Erwin “Junjun” Binay will again defy the subpoena issued by the Senate blue ribbon sub-committee for him to attend the hearing on Thursday on the controversial Makati City Hall 2 parking building, his lawyer told reporters on Wednesday.

In another bid to stop the hearing on Thursday, Binay through his counsel, Claro Certeza, filed before the office of the blue ribbon committee a manifestation with motion reiterating the “jurisdictional” challenge the mayor raised against the sub-committee being headed by Senator Aquilino “Koko” Pimentel III.

With only three members present, Pimentel and Senators Alan Peter Cayetano and Antonio Trillanes IV, the subcommittee rejected last week the two jurisdictional challenges that the mayor and a certain Ebeng Baloloy, the alleged personal secretary of Vice President Jejomar Binay, filed before the body.

But Certeza said his client did not recognize the decision of the committee, saying the issue should have been decided by the blue ribbon committee itself, being headed by Senator Teofisto Guingona III.

“As of this point, we believe wala pang ruling sa jurisdictional challenge. Bakit?   E ang nag-rule po e yung sub-committee. Ang sabi sa rules, (it should be the) committee as a whole,” he said.

Asked if the mayor would attend the resumption of hearing on Thursday, the lawyer said: “Sa ngayon alam ko, he will not attend   dahil sinabi ko nga sa kanya na under the rules, pag may jurisdictional challenge, the inquiry should not proceed.”

The mayor was a no-show last week despite the subpoena issued by the sub-committee. The body then issued another subpoena to him and other individuals invited to the hearing.

Asked if the mayor was ready to face arrest if he would defy the sub-committee, Certeza said: “Well kelangan po nating harapin yan. Kung yan na ang talagang magiging decision. But I’m hoping that it will not lead to that anymore because the rules are very clear,” Certeza said.

The lawyer said he had already discussed with client all possibilities, including seeking a relief from the Supreme Court should the blue ribbon committee decide against their motion.