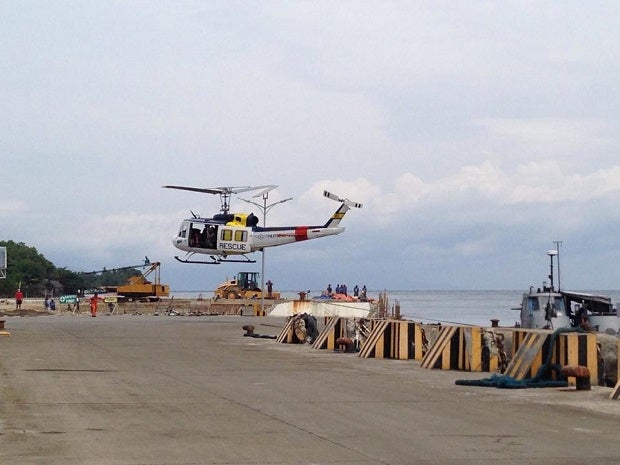 SURIGAO CITY, Philippines – A sister ferry of the ill-fated MV Maharlika 2 has been barred from sailing, raising questions about the seaworthiness of the government-operated fleet.

MV Maharlika 4 was suspended from operating Monday because it was found to have poor safety systems and its chief engineer’s license had already expired, said Emmanuel Carpio, regional director of the Maritime Industry Authority (Marina) in Caraga Region.

According to Carpio, in an interview, their records show that MV Maharlika 2 is jointly owned by two government agencies— the Department of Transportation and Communications (DOTC) and Department of Public Works and Highways (DPWH).

Its operator, a partnership between Philharbor Ferries and Port Services Inc., has been operating three other inter-island vessels, two of which were already sold, and one currently in the dry dock, Carpio said.

Built in 1984 in Mariveles, Bataan, the sunken vessel was already 30 years old when it sank in the Surigao-Leyte channel Saturday, the Marina

official bared. He said the complete history on the sunken ferry’s ownership could be traced in their headquarters in Manila.

Carpio declined to discuss the possible sanctions facing the management of MV Maharlika 2, although he acknowledged the glaring violations pertaining to the huge discrepancies in its official passenger manifest, as well as the failure of its shipmaster to submit an incident report as of this writing.

“I don’t want to preempt the investigation, although we can initially point out some violations,” Carpio told the Philippine Daily Inquirer, adding that Marina investigators have already arrived in this city to begin a marine inquiry.

With the ferry’s manifest clouded in doubt, however, the actual number of missing persons could not be independently established as search and rescue officials merely rely on the accounts of rescued passengers and the claims of relatives.

Two of the first three recovered bodies on Sunday were identified as Rahiman Ismael, 20, and retired army colonel Armando Mosqueda. The third fatality, a female, remains unidentified as of this writing.

Coyme said two Navy ships, two Coast Guard vessels and a Huey helicopter were involved in the search and retrieval operations that started Tuesday morning, a shift from the search and rescue efforts.

Officials coordinating the search and rescue operations, in a meeting Monday evening, decided to shift to search and retrieval effort.

Captain Joseph Coyme of the Philippine Coast Guard said no timetable was given for the retrieval operations, in part because rescuers have been unable to determine the exact number of missing passengers.

Coyme said they would make an assessment every 24 hours.