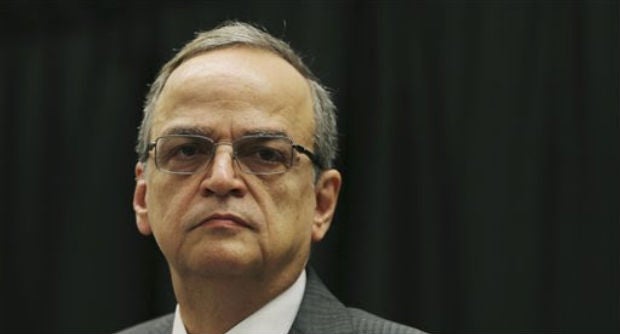 Hadi Bahra, chief of the Syrian National Coalition opposition group, gives a press conference at a hotel in Abu Dhabi, United Arab Emirates, Sunday, Sept. 14, 2014. He has said the Syrian Coalition group stands ready and willing to partner with the international community to defeat the Islamic State group and to fight against the Bashar Assad’s government. AP

The Free Syrian Army has been marred by defections and divisions. Its fighters are engaged in a two-front war against Islamic State fighters and Syrian President Bashar Assad’s forces.

The U.S. is planning to ramp up air strikes against the Islamic State group. The White House says it wants to train and equip moderate Syrian rebels — many of whom will likely be fighters aligned with the Syrian National Coalition — to fight the Islamic State extremists on the ground in Syria, supported by air power.

Syrian National Coalition leader Hadi Bahra said a plan is in place to revamp the Free Syrian Army and bring these fighters more effectively under the political leadership of his group.

“The plan, which we have put together, is built on reorganizing and restructuring the forces of the Free Syrian Army under the central command and control leadership of the SNC,” he said. “This by itself will improve their activities and it will improve the results they are achieving on the ground.”

Bahra made the remarks after meeting with the UAE’s Minister of State for Foreign Affairs Anwar Gargash in Abu Dhabi. The UAE has expressed its willingness to join an international coalition against the Islamic State fighters.

It remains unclear how the Syrian opposition movement intends to carry out its new plan, but Bahri vowed the group is committed to toppling Assad’s regime and expelling foreign militants from Syria.

“The Syrian National Coalition assured … the UAE that the war that has started against the regime and Islamic State will be ongoing until they fall together no matter what the sacrifice,” Bahra said.