MANILA, Philippines—Two cops involved in the Edsa robbery-kidnap incident last week have been slapped with the same charge in 2011 and are still pending at the National Police Commission, a media report said.

The report stated that in 2011, Senior Police Officer 1 Rameil Hachero and Police Officer 2 Jonathan Rodriguez were charged for illegal arrest, detention and extortion. 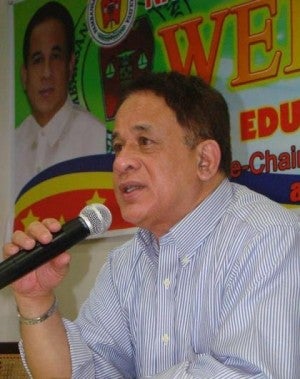 Napolcom Vice Chairman and Executive Officer Eduardo Escueta was quoted as saying that in November 2011, Hachero and Rodriguez stopped a vehicle, arrested its passengers, brought to the police station and were slapped with an illegal drugs charge.

Escueta added that the victims were freed after paying the cops.

Both cops are stationed at the La Loma Police Station.

Rodriguez has been arrested on Monday while Hachero remains at large.

Department of Interior and Local Government Secretary Manuel “Mar” Roxas II admitted Tuesday that he does not know that the two cops involved in the brazen kidnap-for-ransom incident have been charged with the same crime in 2011.

[Honestly, this is the first time I’ve heard this so I cannot answer on why nothing happened to the cases of the two cops.]

Roxas vowed that the Napolcom will conduct an inventory of pending cases filed against the cops.

Roxas also said they are focused on their manhunt operations to track down other cops involved in the kidnap-for-ransom incident.