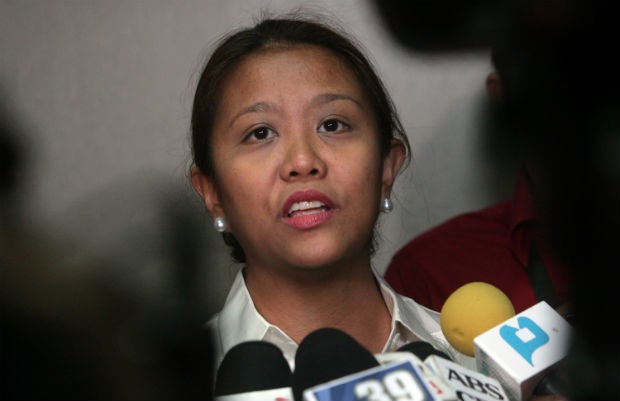 MANILA, Philippines – How would one describe world-class?

Senator Nancy Binay on Monday found a way of dealing with criticisms that the pricey Makati  City Hall 2 that her father Jejomar built does not merit to be called world-class.

“Beauty is in  the eyes of the  beholder,” Nancy Binay said.

It was  Nancy’s  brother, Makati City  Mayor Jejomar  Erwin “Junjun” Binay, who described the building  “world-class” during last week’s hearing  at the Senate amid  allegations that it was  grossly overpriced.

“Siguro that’s their opinion, ‘di ba? ‘Di ba, parang beauty din yan eh… It’s in the eyes of the beholder,” the senator  said in jest in an interview  on Monday.

The committee is set to  resume its hearing  on Thursday.