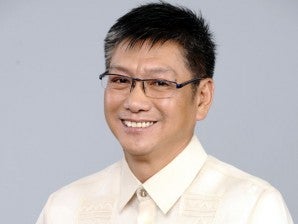 MANILA, Philippines – Malacañang on Monday announced that an inter-agency task force has been created to bolster the Anti-Hazing Law amid continued incidents of fraternity violence.

Executive Secretary Paquito Ochoa has signed Memorandum Circular No. 68 to “step up government’s response to fraternity violence and strengthen the implementation of the Anti-Hazing Law (Republic Act No. 8049),” a Presidential News Desk report said.

“The task force seeks to address the need to ensure that there is justice for hazing fatalities and their families. At the same time, we have to look at whether the law can be improved so that its objectives are met,” Ochoa said in the statement.

Justice Secretary Leila De Lima will lead the task force and will be given “full executive authority,” which includes giving “direct operational instructions” to member agencies including the Department of National Defense (DND), the Department of Interior and Local Government (DILG), the Commission on Higher Education (CHEd), the Philippine National Police (PNP), the National Youth Commission (NYC) and the Office of the Deputy Executive Secretary for Legal Affairs.

The Task Force will not only review the Anti-Hazing Law but will also formulate policies for the coordination and monitoring of related programs that will hopefully prevent hazing fatalities. It will also be required to submit a regular report to the Office of the President.

Last June, a College of St. Benilde student died due to injuries caused by hazing while another fraternity neophyte from the University of the Philippines spent a week in the hospital after taking a similar beating during his initiation rites.