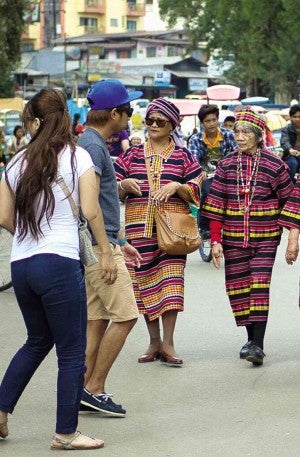 The NCIP gave this report to the Baguio-Boracay Redevelopment Task Force, formed by President Aquino, in a meeting last week attended by Baguio officials.

Lawyer John Ray Libiran, NCIP Cordillera regional director, confirmed the cancellations on Friday, saying the commission had concluded that many Baguio CALT were issued by the agency despite flaws in documentation.

He said some CALT issued recently by the agency also face cancellation, following public outrage over reports that some of these titles involved public parks.

He said the issuance of some titles “has been controversial” and has drawn the attention of Malacañang.

Earlier, Mayor Mauricio Domogan said the city government had questioned the legitimacy of CALT issued over the so-called Forbes Park on South Drive, the Wright Park, the botanical garden, the Casa Vallejo property on Upper Session Road, the Loakan Airport and the dairy farm in Barangay (village) Dontongan.

At the behest of the city government, the Office of the Solicitor General (OSG) had filed nullification cases against ancestral land titles, which cover these public places, as well as a portion of the reservation hosting the presidential Mansion.

The OSG also pursued the nullification of a title over Casa Vallejo, the city’s oldest hotel, after residents protested the NCIP adjudicator’s decision to allow the CALT beneficiary to claim the property.

In January, the NCIP sitting en banc suspended the writ of possession granted to an Ibaloi family over the Vallejo hotel.

But Libiran said: “The NCIP is required to give the families due process, so the commission has allowed the families time to present their cases.”

The city government also raised concern about reports that some CALT beneficiaries have sold their ancestral lands to companies or land developers, using a loophole in Republic Act No. 8371 (Indigenous Peoples Rights Act of 1997 or Ipra).

Ipra allows ancestral land beneficiaries to transfer property only to family members or to members of their tribe. But a phrase in the law implies that indigenous land could be sold to a third party provided the indigenous owners are granted time to redeem the property and void the sale.

Some beneficiaries were able to register their CALT as private lots, city officials said, which compelled the government to seek their nullification.

On the midnight titles, representing some of the original CALT issued by the NCIP, Libiran said the NCIP had canceled the “paper

titles” in a February 2013 resolution.

These titles, covering lots in Mines View Park and Loakan Road, were issued toward the end of the term of the first commission before the ouster of former President Joseph Estrada, according to Domogan.

The midnight titles were subjects of review during the term of former President Gloria Arroyo, after Baguio urban poor groups complained. But the issue was resolved only last year.

These titles were released “under anomalous or irregular circumstances and conditions,” said Domogan, citing the NCIP resolution. He said the titles bore “no sufficiency of proof on record of the ownership of such domains or lands.”

In the resolution, the NCIP said it had certified titles using ordinary paper and not government-controlled security paper. It

also said the signatures of NCIP commissioners were incomplete or had been disowned. Vincent Cabreza, Inquirer Northern Luzon