The University of the Philippines professor replaced Francis Jardeleza who was appointed Associate Justice of the Supreme Court.

Along with Jardeleza, Hilbay was the senior state solicitor who defended the Reproductive Health Law before the Supreme Court in 2013.

Hilbay also handled the cases on the Disbursement Acceleration Program (DAP), the Priority Development Assistance Fund (PDAF), the Enhanced Defense Cooperation Agreement and the Bangsamoro, among others.

He teaches Constitutional Law at the UP College of Law and is an editor of the IBP Law Journal.

Before joining the Office of the Solicitor General, Hilbay was the director of the Institute of Government and Law Reform of the UP Law Center and was vice-chair of Bantay Katarungan, which was led by former Senate President Jovito Salonga.

The group was also the first to file an impeachment complaint against former Ombudsman Merceditas Gutierrez.

He received his degree in Economics at the University of Santo Tomas in 1995 and his law degree at the UP in 1999.

Hilbay finished his Master of Laws at the Yale Law School in 2005.

He has written several opinion pieces for the Philippine Daily Inquirer, including “Constitutionalism, statesmanship, and the good” published last July 31.

The article tackled the Supreme Court decision declaring the Disbursement Acceleration Program (DAP) partly unconstitutional and its effects on the Aquino administration.

“To be sure, this is not a conflict between good and evil, right and wrong, but an unfortunate though hopefully temporary disagreement over business models for interpreting rules—one emphasizes freedom, the other, constraint,” he said in the article. 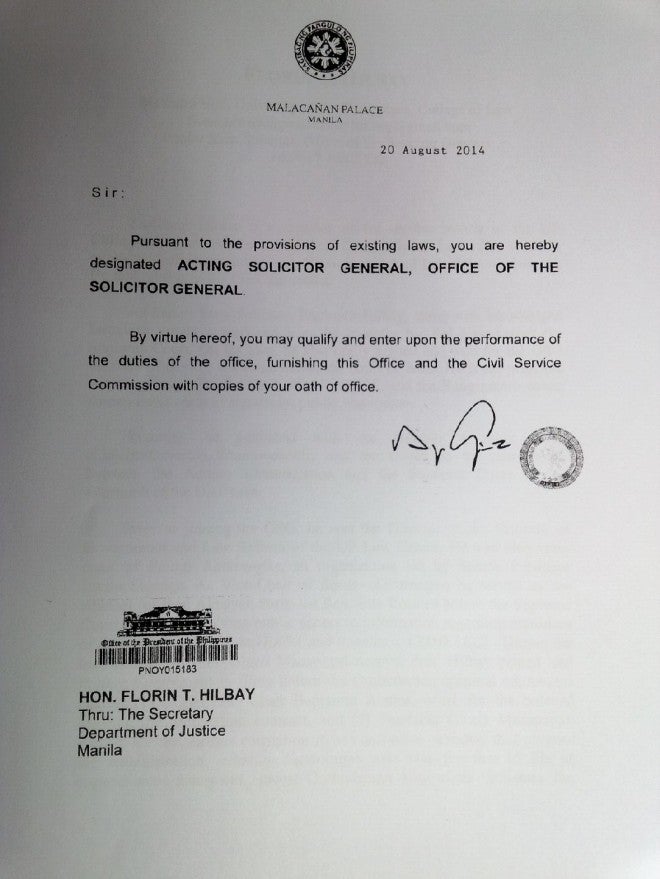