MANILA, Philippines – Instead of investigating her father, Senator Nancy Binay on Tuesday dared critics in the Senate to file an impeachment complaint against him if there are corruption allegations against him. 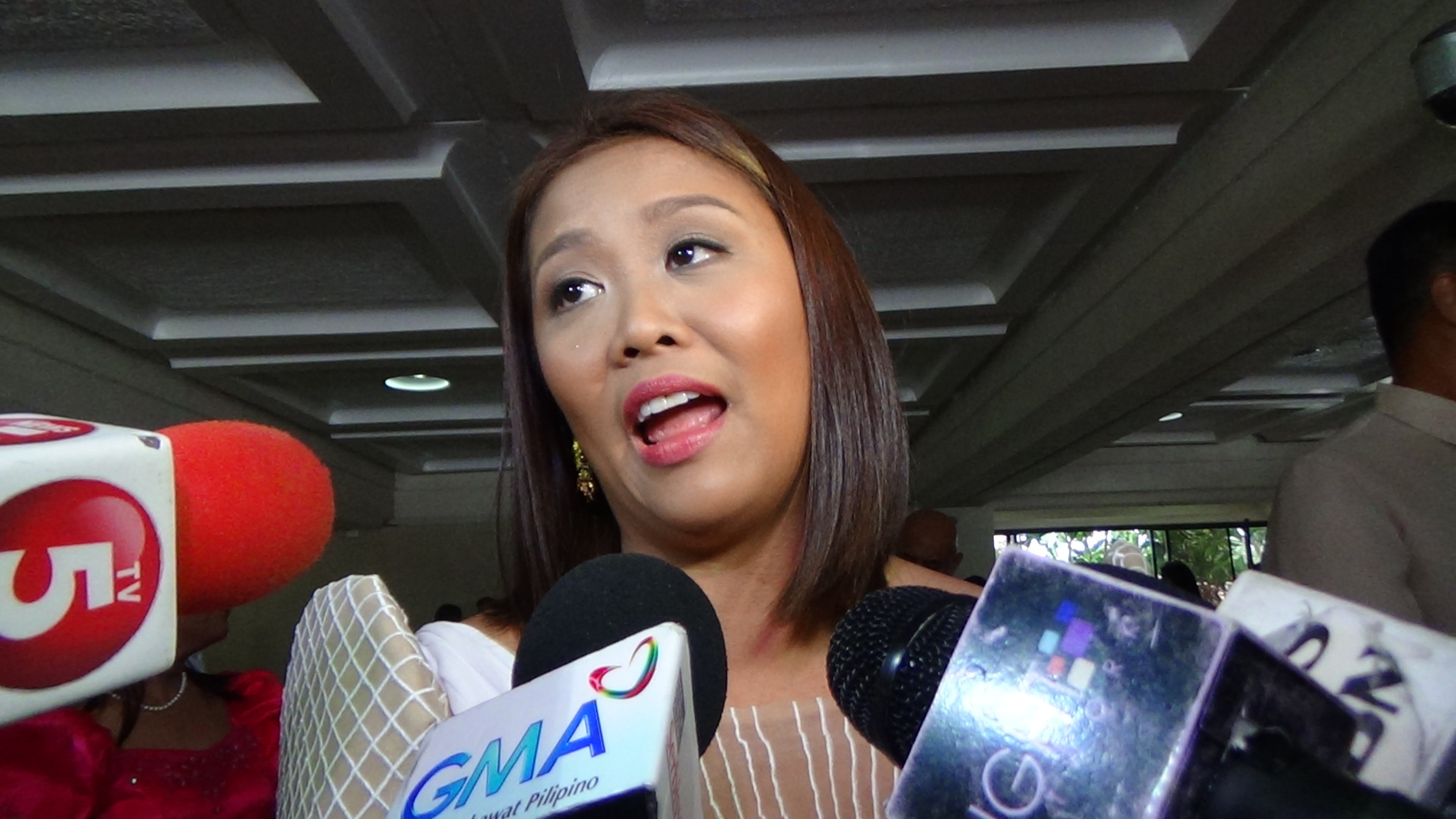 “Di ba si President Aquino, pag may allegations sa kanya we don’t invite him to attend the hearing di ba. Kung meron syang issue, meron syang allegation of corruption I think the proper forum for him is to file an impeachment complaint against my father di ba?”  Senator Binay said in an interview with reporters.

“Ano ba talaga yung hearing? In aid of legislation or meron syang patama na may bahid ng corruption kasi kung yun, I think ang tamang proseso is for him to file an impeachment complaint against the Vice President,” she said.

It was Trillanes, who filed a resolution asking the Senate to investigate the alleged overpriced car park building built when the Vice President was still the mayor of Makati City.

A case was already filed at the Office of the Ombudsman against the Vice President and his son, incumbent Makati Mayor Jejomar Erwin Binay, on the same subject matter.

Acting on Trillanes’ resolution, the Senate quickly referred the matter to the Senate blue ribbon committee being headed by Senator Teofisto Guingona III. But Guingona manifested on the floor Monday that the issue would be handled by the sub-committee to be led by Senator Aquilino “Koko” Pimentel III.

In an interview with reporters Tuesday, Guingona said it was Pimentel, who requested to handle the investigation on the allegation.

Pimentel and the Vice President used to be part of the opposition’s United Nationalist Alliance  (UNA)  but they had a falling out after the former decided to run  under  the administration coalition during the 2013 elections.

Pimentel admitted in another interview that  he and the Vice President have not been talking  yet since then. Despite this, he promised a fair and objective hearing, which is scheduled on August  19.

The creation of the sub-committee to handle the Vice President’s case, meanwhile, came as a surprise to Senator Binay.