MANILA, Philippines — Two registered voters from Makati City on Tuesday filed a plunder complaint against Vice President Jejomar Binay and other city officials over the supposed overpricing of a parking building in Makati.

In a nine-page complaint-affidavit filed before the Ombudsman, Renato Bondal and Nicholas Enciso VI accused Binay and the officials as being behind the overpricing of a new parking building built along F. Zobel Street in 2007. 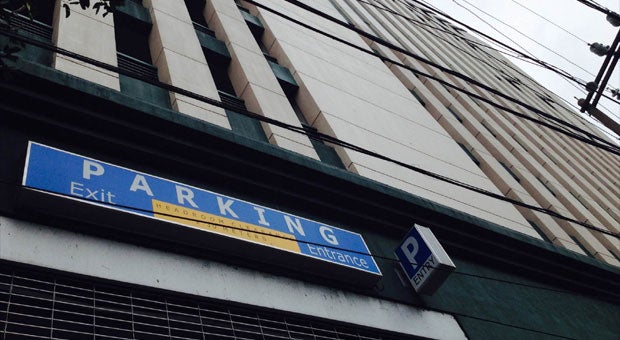 According to the respondents, the project was worth P1.56 billion but based on National Statistics Office data on the average cost of the construction of commercial buildings, the cost should have been at P245.6 million that year.

The complainants accused the Binay of approving the project with an “enormous overprice of more than P1.314 billion.”

Also included in the complaint is Cecile Cag-Anan, Commission on Audit Resident Auditor, for her alleged failure to exercise her mandate to protect the treasury of Makati.

“The respondents, particularly the Vice President Jejomar Binay and the son, incumbent Mayor Erwin Binay, violated every rule in construction manuals and government procedures in pushing for a project that was grossly overpriced and funded by various loans which were then passed through the City Council by respondent councilors irregularly through supplemental budgets for 5 years,” the complaint stated.

“This complaint is filed both for purposes of charging the above named respondents administratively for gross abuse of authority, gross misconduct and gross neglect of duty; and criminally, for plunder, considering the amount is far beyond the P50 million limit set by law, and is thus also a gross violation of the Anti-Corrupt and Practices Act, as well as to give justice to the people of Makati and the Filipino at large who have been defrauded for six long years, with taxpayers’ money stolen using ordinances and through other official acts,” the complaint further stated.