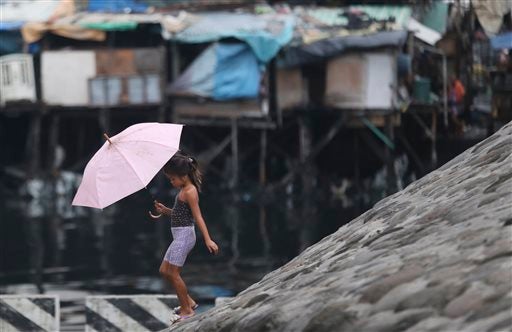 MANILA, Philippines–Expect intense rain in Metro Manila on Wednesday as the state weather bureau upgraded its rainfall warning from yellow to orange in the metropolis and nearby provinces with Typhoon Glenda (international name: Rammasun) approaching.

The Philippine Atmospheric Geophysical and Astronomical Services Administration, at 3:30 a.m., placed Metro Manila and the nearby provinces of Batangas, Cavite, Laguna, Quezon and Rizal under orange rainfall warning.

Earlier at 12:30 a.m., Pagasa placed those areas under yellow warning.

An orange warning means 15 millimeters-30 mm of rainfall is expected in the next two hours, while a yellow warning is raised when the expected rainfall amount is between 7.5 mm and 15 mm within one hour.

Metro Manila was placed under Public Storm Warning Signal No. 3 on Tuesday night. The typhoon is expected to cross the metropolis before Wednesday noon.