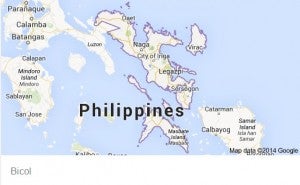 As early as 24 hours before Glenda made its landfall in Albay past 5 p.m. Tuesday, thousands of families in coastal and other low-lying areas had been evacuated to safer ground, a preemptive measure organized by the provincial government led by Gov. Joey Salceda.

Similar preemptive evacuation measures were also put in place in Camarines Sur, Camarines Norte, Sorsogon, Masbate and Catanduanes – all Bicol provinces in the path of the typhoon.

Electricity was down in many parts of Albay and the Camarines provinces and was completely cut off in Catanduanes and Sorsogon, according to data gathered from the website of the Office of Civil Defense-Regional Disaster and Risk Reduction Management Council (OCD-RDRRMC) in Bicol.

In Catanduanes, with residents evacuated to safer ground as typhoon Glenda struck Tuesday, the provincial capitol served as temporary home to around 60 families.

While gusty winds in Catanduanes reaching over 100 kilometers per hour at 3:30 p.m. Lourdes Fadrigole, with her family of six, felt safe at the provincial capitol lobby, where they had been staying since 10 a.m. while her husband remained at their seaside home in Barangay Rawis.

She brought with them a mattress so her children, including her two-month-old baby could rest.

Another evacuee, Jose Toquero, said he and his wife decided to leave their house in Concepcion as they feared a storm surge.

But unlike Fadrigole and Toquero, the few who went to evacuation shelters, most people stayed inside their homes.

Very few private vehicles were seen on the road, while trucks were being readied for delivery of relief goods.

Heavy seas were seen as tide was coming in.

There was no power in the entire province as tree branches fell and roofs, leaves, twigs and other debris were seen flying.

The PDRRMC said it could take time for the Manila Electric Company to clear the lines.

Relief goods were already distributed to evacuation centers, as evacuees also brought their own food and kitchen utensils.

In Albay, the 45,000 families targeted to be evacuated in Albay have exceeded after PAGASA announced that typhoon Glenda’s landfall would hit the province and neighboring Sorsogon between 6 and 8 p.m.

Unlike before, evacuation centers in identified schools by DepEd were not crowded and were manageable.

At the Albay Central School in Legazpi City where 12 rooms each had a capacity to accommodate 15 families, only 51 families from Barangays 15, 16 and 17 evacuated.

Norma Abion, 56, of Barangay 16 whose family left their house said that they felt safe at the evacuation center.  They survived typhoon “Reming” when flood reached up to three meters high. “After eight years, when we experienced intense devastation, we just have to be extra careful,” she said in an interview.

Meanwhile, sufficient relief goods have been repacked by volunteers and police trainees and initial distribution to evacuation centers have started as concerned government agencies pre-positioned their resources and personnel to meet any eventualities.

The private sector, particularly the business community has offered their services and transportation support for evacuation and relief operations. The Philippine Red Cross and socio-civic organizations in the locality have also gathered their volunteers to provide assistance.

The local Disaster Risk Reduction Management Councils are prepared with measures to address possible floods and lahar flows from Mayon Volcano as well as storm surges in coastal villages in the province.

Forced, preemptive and voluntary evacuations were simultaneously done all over the Bicol region as typhoon Glenda came nearer to Albay Tuesday evening.

Despite weaker than expected wind and rain, local Disaster Risk Reduction and Management Councils in Camarines Norte and Masbate started gathering their residents living in low-lying and coastal areas before afternoon.

In Camarines Norte, Arnel Ferrer, acting officer of the PDRRMC, said they were not counting on the moderate rainshowers and wind to remain as they were as they waited for Glenda to hit land in Albay at night. 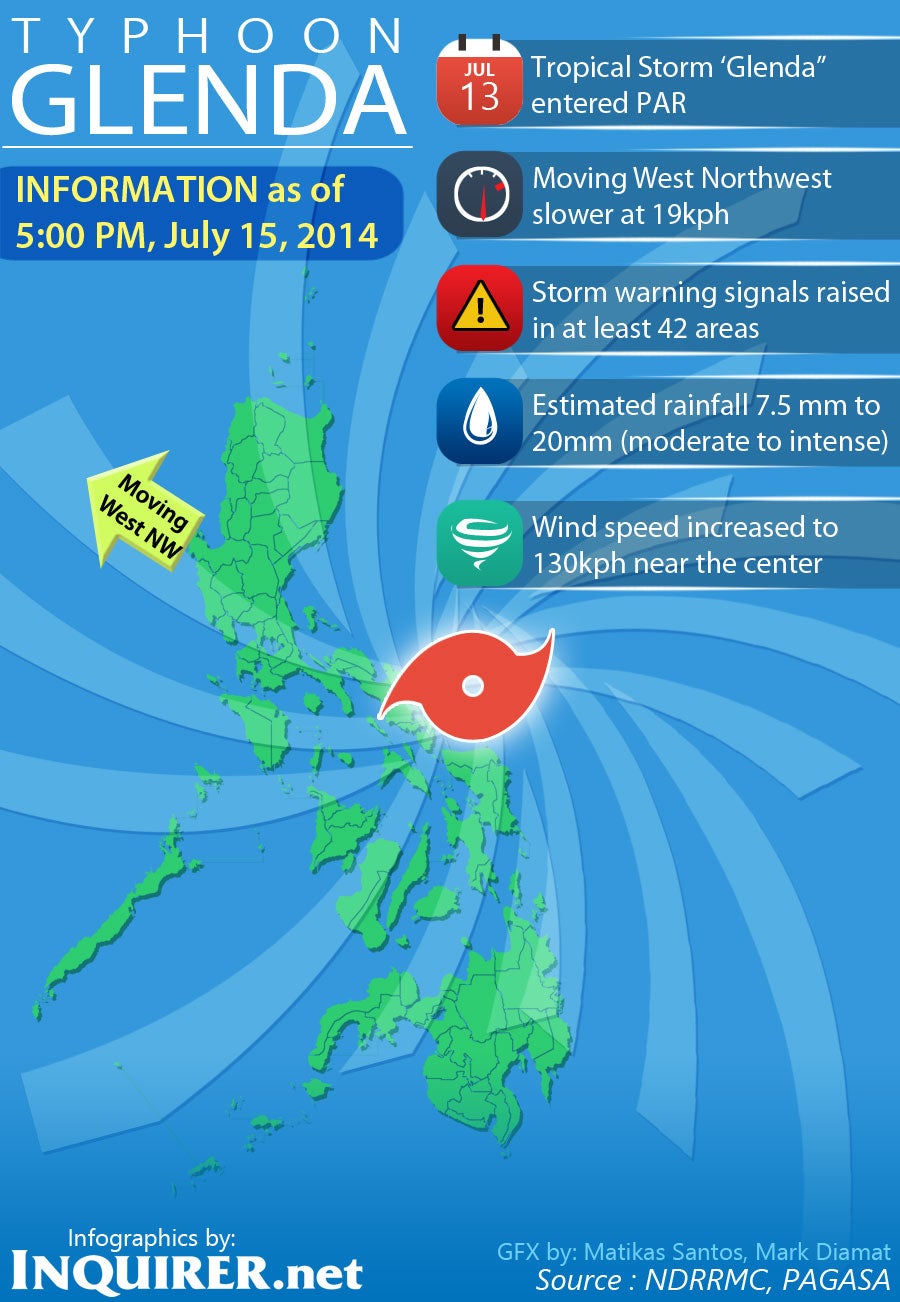