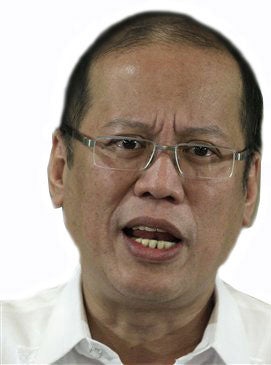 Facing the public for the first time since the DAP debacle, Aquino, in a televised speech Monday, told the high court justices: “Your decision is difficult to understand.”

In his speech, Aquino  defended the now defunct DAP and vowed to appeal the Supreme Court 13-0 decision declaring parts of it unconstitutional.

His tone turned combative when he warned the judiciary of a possible clash with the executive branch over its decision to strike down DAP.

Although saying he did not want the two equal branches of government to clash, the President questioned the high court’s decision and its implications on the public.

“My message to the Supreme Court: we don’t want to get to a point where two co-equal branches of government would clash and where a third branch would have to mediate,” Aquino said.

Then Aquino raised an intriguing matter: “There was something that you did in the past, which you tried to do again, and there are those who are saying that [the DAP decision] is worse.”

“They want savings declared only at the 31st of December of each year. If that were the case, when would the government be free to utilize these funds?” Aquino asked.

Pinning the blame on the Supreme Court, he said the decision would result in benefits being delayed.

“All in all, almost two years would have passed before the benefits of funds would redound to the people,” he said.

Where is the principle of “innocent until proven guilty”? Aquino asked.

He claimed that the SC did not even consider the legal basis of DAP.

Encouraging the high court to take another look, Aquino said, “It is clear that the Supreme Court has much to consider that they may better clarify their decision regarding DAP.”

On July 1, the high court said the DAP, which allegedly aimed to pump prime the economy, violated the Philippine Constitution by withdrawing unobligated allotments from agencies and declaring the amount as saving, allowing cross-border transfers of savings from the Executive to other offices, funding of projects and programs not specified in the General Appropriations Act and the use of unprogrammed funds without certification from the National Treasurer.

Before the SC ruling, the DAP has been linked to the pork barrel scam, with some accusing lawmakers and Janet Lim-Napoles of diverting and misusing the fund.

Presidential Spokesperson Edwin Lacierda said that while the Executive can account for 91 percent of the DAP funds allocated to its agencies, it will still have to look into the other nine percent endorsed by lawmakers.

Justice Secretary Leila de Lima already said that the National Bureau of Investigation was probing the alleged misuse of the DAP.

But the President insisted was different from the Priority Development Assistance Fund.

“There are also those who say that DAP and PDAF are the same thing. Excuse me. DAP is different from PDAF,” Aquino said.

“With PDAF, the corrupt funneled government funds into fake NGOs, money then allegedly divided among themselves. It’s clear that with DAP the people’s money was never stolen—the funds were used for the benefit of Filipinos,” he added.

Aquino said even the Supreme Court, the World Bank and critics of DAP admitted that the projects funded by the program helped improve the economy.

Use it or lose it

Throughout his speech, the President emphasized the DAP’s aim of hastening the implementation of projects.

“The Cabinet agreed, regarding their respective funds: Use it or lose it. If you cannot use the funds allotted for this year, clearly, those are savings,” Aquino said.

At one point, he blamed the previous administration for its turtle-paced implementation of projects.

“Without doubt, any good leader would want to implement projects that benefit the public at the soonest possible time. I do not see any reason to delay benefits for our countrymen, especially because we have the wherewithal to alleviate their plight. It is clear that if you delay the benefits due them, you prolong the suffering of the Filipino people,” Aquino said.

Read Next
Enrile opposes move to amend graft raps filed against him
EDITORS' PICK
Metro Manila’s COVID-19 cases on downward trend, but surge not over — OCTA
House energy committee chair Arroyo bats for cheap electricity
Unleash the photographer in you this World Photography Day with vivo smartphones
Look Through: The fate of impounded stray dogs
Palace warns sugar hoarders after raid on Pampanga warehouse
What to watch out for when selecting a video surveillance solution
MOST READ
LOOK: Miel Pangilinan dazzles in glittery pre-debut shoot
DOJ indicts bank officer in $2.1 billion Wirecard fiasco
PNP bars US legislators’ visit to De Lima due to lack of authority from court
Palace warns sugar hoarders after raid on Pampanga warehouse
Don't miss out on the latest news and information.