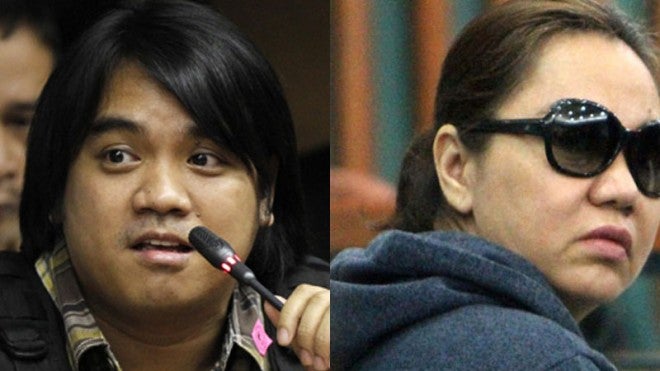 “The affidavits will show that the same methods in the pork barrel scam was also used in the DAP funds of the senators,” said their lawyer, Raji Mendoza.

Mendoza said the same kind of documents from various government agencies like the Commission on Audit and the DBM, and the National Livelihood Development Corp. (NLDC) as the implementing agency, that showed three senators’ alleged complicity in the P10-billion pork scam, will be used to show how the DAP funds ended up with the bogus Napoles NGOs.

Mendoza said that Luy also has records of the transactions involving the DAP funds, including the names of the agents who brokered the deals between Napoles and the senators.

According to Luy’s records, the fake Napoles NGOs got some P425 million, the sum that Malacañang allocated to the five senators from the DAP.

Luy’s records indicated that a total of P425 million was released by the Department of Budget and Management (DBM) in March and May 2012 to Senators Juan Ponce Enrile, Jinggoy Estrada, Ferdinand Marcos Jr., Bong Revilla and Tito Sotto as their share of the DAP funds.

The Inquirer last year got hold of Luy’s hard disk drive containing more than 22,000 files of the transactions that Napoles allegedly conducted in the course of siphoning off the pork barrel and other government funds into ghost projects and kickbacks to politicians.

The digital files were the same ones that were submitted to the National Bureau of Investigation and later to the Office of the Ombudsman.

The DAP, which the Supreme Court has declared  unconstitutional, was an economic stimulus program put together by the Aquino administration from savings of government agencies.

Little was publicly known of it until Estrada in September 2013 disclosed in a privilege speech that a number of senators received an additional pork of P50 million each allegedly as an “incentive” following the conviction of impeached Chief Justice Renato Corona in May 2012.

The DAP fund allotments were apart from the Priority Development Assistance Fund (PDAF) entitlements that the senators received in 2012.

The Office of the Ombudsman earlier announced that it would conduct an investigation into how the DAP funds distributed by Malacañang were spent by its recipients.

Based on the memorandums of agreement (MOAs) and accomplishment reports found in the Luy files, five senators identified and designated the NGOs to implement the DAP-funded projects in coordination with the NLDC and several local governments.

As spelled out in the MOAs, the livelihood projects involved baking, various handicrafts, floral arrangement seminars, hairdressing, candle-making and the like.

Luy’s files showed that Enrile used several towns in Pangasinan, Nueva Ecija, Batangas, Quezon and Leyte provinces as beneficiaries of his DAP allocations and designated Napoles’ fake NGOs as conduits of the funds.

The five senators maintain that they did not designate these NGOs to carry out their projects with funds that were meant to help the impoverished countryside. They all insist that their signatures were forged.

Marcos, for instance, has denied any involvement in the release of P100 million in DAP funds supposedly allocated to him. He said the signatures of his chief of staff, Ramon Cardenas, which appeared in the MOAs with four NGOs were forged.

Luy, Napoles’ former finance officer, earlier testified in the Senate that lawmakers who transacted with Napoles using her bogus NGOs received at least 50-percent kickbacks from the PDAF-funded projects.

Estrada, Revilla, Enrile and the alleged mastermind Napoles have been charged with plunder in the Sandiganbayan for the P10-billion pork barrel scam involving the PDAF entitlements of the three senators from 2007 to 2009.

Estrada and Revilla are detained in a special facility at Camp Crame while Enrile, who was ordered arrested on Friday, is confined at the PNP General Hospital. Napoles is detained at the Fort Sto. Domingo police camp in Sta. Rosa, Laguna.