DAR: 78,000 hectares not yet covered by land reform 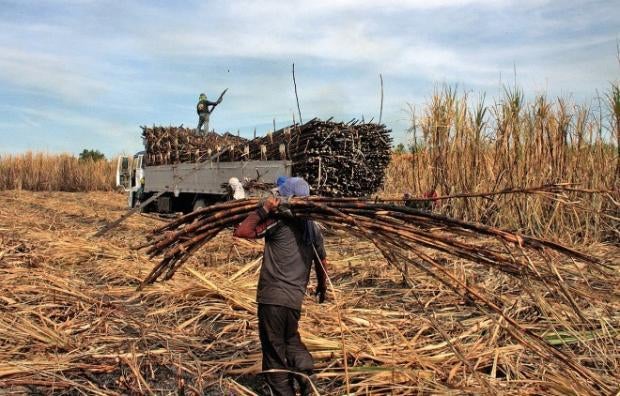 MANILA, Philippines—With only three days left before the lapse of the already extended land reform law, Agrarian Reform Secretary Virgilio de los Reyes said Saturday 8,410 landholdings involving a total of 78,303 hectares of land have yet to be distributed.

These are private agricultural landholdings that, although qualified under the law for redistribution to landless farmers, have not been issued formal notices of coverage or NOCs, which would allow the Department of Agrarian Reform to acquire and parcel them out to landless farmers  beyond the June 30 deadline.

But De Los Reyes noted in an interview by telephone and e-mail that NOCs for half of these landholdings have actually been sent out although his agency has not received confirmation they were received by the landowners. The NOCs have also not yet been published.

The DAR publishes NOCs in general-circulation newspapers when the landowners refuse to receive the NOCs delivered to them, or when the NOCs are received by persons other than the landowners, or if the owners’ addresses are unknown or vague.

The agency has sent out notices for much of the 78,303 hectares of land, except for 32,360 hectares that are still in the process of preparation.

Most of these are small landholdings 10 hectares and below because “we want the field to concentrate on the larger landholdings,” De Los Reyes said. “For the rest, NOCs have been prepared and are awaiting delivery or publication or confirmation of delivery.”

Excluding the figures for the Autonomous Region in Muslim Mindanao, only 7,828 landholdings accounting for over 70,094 hectares have not been “issued” NOCs, as of June 25, De Los Reyes said.

The DAR does not consider an NOC as having been formally “issued” unless the landowner has acknowledged receipt of it or, failing that, the DAR has published the notice in a general-circulation newspaper.

De los Reyes dismissed fears that the government would be unable to cover and distribute agricultural lands beyond the June 30 deadline.

De los Reyes said previously that land acquisition and redistribution could continue beyond June 30 for as long as these landholdings had been properly issued notices of coverage before the deadline.

In Saturday’s interview, De los Reyes claimed that Congress could still pass the bill extending the period the DAR is authorized to serve NOCs to distributable landholdings, allowing the agency to continue acquiring and distributing these.

“There’s no law saying that the period for the issuance of NOCs could no longer be extended after June 30. Congress can still pass the bill once it resumes sessions,” De Los Reyes said.

He said some quarters were trying to alarm the public by claiming that the DAR would basically be toothless after the deadline.

One of those groups, Kilusang Magbubukid ng Pilipinas, said on Saturday it was time for De Los Reyes to pack his bags.

“The bogus CARP’s days are numbered. The Filipino peasantry will never mourn its death because it is a total failure,” KMP chair Rafael Mariano said in a statement.

The KMP maintained that according to the law, “the entire CARP, including its fake land acquisition and distribution component will end on June 30, 2014.”

“After June 30, De Los Reyes will be running the DAR under the guise of extending so-called support services and promoting block farming schemes in service of big landlords. We advise Secretary De Los Reyes to pack his things up,” Mariano said.

De Los Reyes has attributed the slowness of the distribution process to a number of factors, including “complications” in the DAR’s database, bureaucracy, missing land titles, incomplete addresses, incorrect classification of the land, and so on.

He said he would release a more comprehensive report in a few days.

“I wish I had a PCOS-like machine that can give me real time [information], but I do not,” he said, referring to the precinct count optical scan machines used in the last national elections.

De Los Reyes said he had asked all DAR personnel to concentrate on the service and publication of NOCs rather than on reporting to the central office.

“I know this is needed for transparency, I am not trying to hide this data, but I must make choices on priorities of engagement of our overworked bureaucracy (in many areas),” he said.

In June 1988, the government of then President Corazon Aquino enacted the CARP through Republic Act 6657 seeking a more equitable distribution of agricultural lands to farmers and farm workers.

Subsequent amendments in Congress extended it until 2014.

But due to concerns about the DAR’s low land distribution output, a bill was filed in Congress to extend the period for the issuance of NOCs.