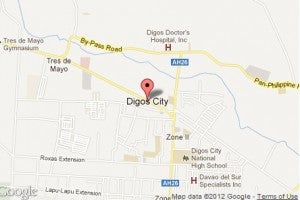 DIGOS CITY, Davao del Sur – A police officer is now behind bars after he allegedly shot dead a dead man and wounded another at the Rizal Park here early Saturday.

Superintendent Querubin Manalang, Digos police chief, said Senior Police Officer 3 Maxwell Roble of the provincial police’s intelligence division, was immediately taken into police custody after he was identified as the man who shot and killed Joare Villarosa Batulat, 24, a resident of Aurora Extension here around 2:30 a.m. The wounded man was identified as Carlo Cansancio.

Roble was mum when reporters sought his comment. He said he had yet to consult a lawyer.

A source in the police intelligence community said the slain man was a murder suspect and that Roble might just have been doing his job as a police officer.

“Nothing is conclusive as of now. We are digging deeper,” the source said.

The city police office, meanwhile, was continuing its investigation to determine the circumstances that led to the shooting, Manalang said.

He said the authorities were also studying what charges to bring against Roble.
RELATED  STORIES