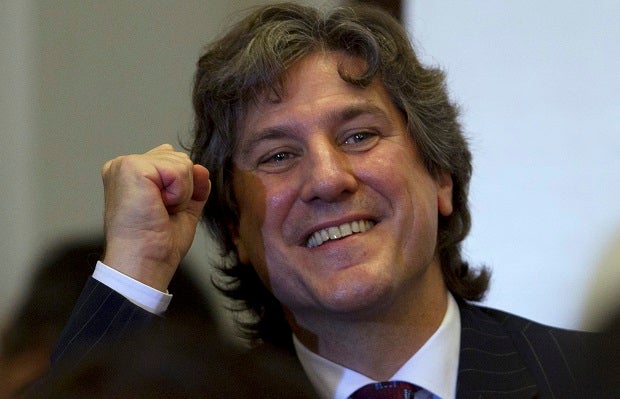 Argentina’s Vice President Amado Boudou gestures as he arrives to a ceremony in Buenos Aires, Argentina, in this May 4, 2012 file photo. An Argentine judge has charged Vice President Amado Boudou Friday June 27, 2014 with bribery and conducting business incompatible with public office in the acquisition of the company that prints the country’s currency and of later benefiting from government contracts. AP FILE PHOTO

BUENOS AIRES — An Argentine judge has filed corruption charges against the country’s vice president in a case linked to his time as finance minister, court sources said late Friday.

Amado Boudou is the first Argentine vice president ever to face such charges while in office. President Cristina Kirchner’s second in command is currently traveling in Cuba and set to return home next week.