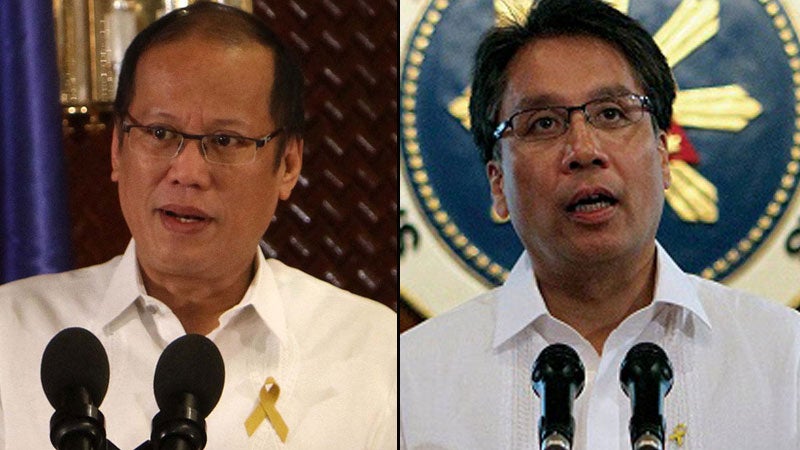 President Benigno Aquino III on Friday made a pitch for the administration’s presidential candidate in 2016—but did not directly say who his choice would be.

In a speech in Iloilo City, the President said he and Interior Secretary Mar Roxas had jointly campaigned for the daang matuwid (righteous path) policy and said the country would not achieve its development goals if Filipinos strayed away from that path.

“Two years from now, we will again pick someone to carry on what we’ve started. I urge you not to deviate. Otherwise, if we go our separate ways, we will not achieve our collective goal,” Mr. Aquino said in his speech, where he trumpeted the government’s infrastructure projects and reforms in the bureaucracy.

The President did not directly name who his 2016 candidate would be.

Seated behind him on the stage was Roxas, who is widely tipped as the administration’s choice for president in 2016.

With Roxas on the stage were Senate President Franklin Drilon, Iloilo Gov. Arthur Defensor Sr., congressmen and other local officials.

Presidential spokesperson Edwin Lacierda said Liberal Party (LP) officials had expressed preference for Roxas as the administration’s standard-bearer but stressed that the President has yet to make an anointment.

“Several Liberal Party members have expressed preference for Secretary Mar Roxas. But there is an official process that they would have to undergo to determine who will be the standard-bearer, taking into consideration the President’s preference,” Lacierda said by phone.

“As to who that preference will be, we have to wait for the President’s announcement,” he added.

Lacierda could not say when the President would make the announcement.

In March this year, acting LP president, Transportation Secretary Joseph E. A. Abaya, said Roxas would carry the flag for the party in 2016.

Drilon, the LP vice chair, announced in January 2013 Roxas would be the party’s standard-bearer.

In his speech, the President thanked Iloilo residents for making him and Roxas No. 1 in the 2010 presidential elections.

“Each time I come here and see the transformation that you’re experiencing, I just want to say: Thank you very much,” he said, drawing applause.

“From the start, your trust and support have been full. In the 2010 elections, Secretary Mar Roxas and I were No. 1,” he added.

Inaugurating a portion of an eight-lane highway in Iloilo City, the President drew attention to the transformation of the bureaucracy and the countryside as an offshoot of the administration’s reforms.

That was why it should be clear to the Iloilo voters who would push for significant and long-term reforms, Mr. Aquino said.

“Now, after four years, let’s take a look at the transformation not only of Iloilo, but the whole country,” he said in his speech, drawing applause. “All this came to pass because you chose the right path.”

In his speech, Mr. Aquino raved about the impact of the P500-million, eight-lane road, named after his late father Sen. Benigno Aquino Sr., on tourism and trade.

Apart from its walk lanes, service road, sidewalk and drainage system, this is the first highway that has a lane for bikers, he said.

“In short, we’ve not only widened the road for 30,000 motorists who use this road every day. We’ve made it safer for our people and more fortified against floods,” Mr. Aquino said.

This would also shorten travel from the Iloilo Esplanade to the international airport from 45 minutes to 25 minutes, he added.

“These projects would speed up travel not only for the Ilonggos and Ilonggas, but for the tourists and the businessmen investing in Iloilo,” he said. “Iloilo City is now connected to other municipalities of your province.”

Mr. Aquino credited the coordination between the local and national government for this.

Then speaking of reforms in the bureaucracy, the President reported that the Department of Public Works and Highways (DPWH) has saved some P26.38 billion in infrastructure projects from July 2010 to March this year by making the bidding process transparent.

On top of this, the government allotted P404.3 billion for the construction of roads, bridges and other infrastructure this year, up from P200.3 billion in 2011, he said.

In coordination with the Department of Tourism, the DPWH is now repairing 202 roads across the country, including the Iloilo City-Jaro Road and the widening of the Iloilo-Tacas Road, and Iloilo Coastal Road, Mr. Aquino said.

“Indeed it’s true: through the efficient coordination of the agencies we’re able to identify projects that needed to be prioritized to better serve our countrymen,” he said.

He also reported that by August, the government would finally craft the detailed engineering and design of Jalaur River Multi-Purpose Project, one of the key irrigation projects of the government.

“‘Every bridge, every road, port, airport, dam and building in your province will prove to the succeeding generations how far Filipinos can go, if they trust fully in reforms, don’t think twice at linking arms together, and are ready to achieve their dreams,” he said.