Napoles asks Sandiganbayan to defer issuance of arrest warrant against her 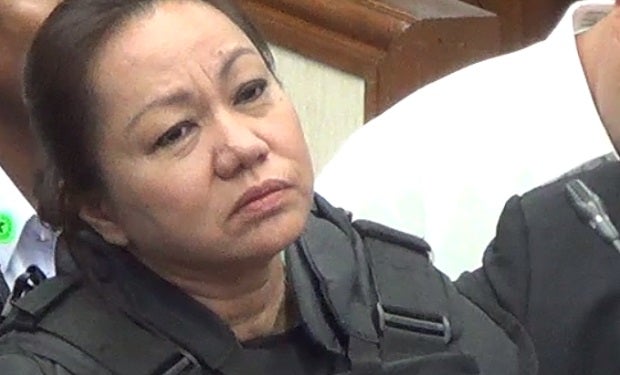 MANILA, Philippines—Janet Lim-Napoles pleaded to the Sandiganbayan on Monday to defer the issuance of a warrant of arrest against her and dismiss her plunder case, saying that one of her signatures in a transaction document was forged.

Napoles’ camp filed separate motions before the Sandiganbayan first, third and fifth divisions, claiming that there is no probable cause to issue an arrest warrant against her in connection with her plunder charges. Napoles is charged as co-accused of Senators Juan Ponce Enrile, Ramon Revilla Jr. and Jinggoy Estrada.

Napoles’ camp also wants to suspend proceedings pending the resolution of the motion.

Napoles said the court should dismiss the case because of lack of merit and probable cause.

She claimed that her signature was forged in a purchase receipt attached to whistleblower Marina Sula’s sworn statement.

“The document, purporting to be a purchase receipt, appears to have been ‘approved’ by her when she knew absolutely nothing about this document,” the motion read.

“A witness who is capable of testifying falsely on a forged signature is likewise capable of committing falsehood on less important details,” it added.

Napoles, as well as Senators Estrada, Enrile and Revilla face plunder and graft charges before the Sandiganbayan for their alleged involvement in the pork barrel scam.

Napoles is the accused mastermind of the scam.