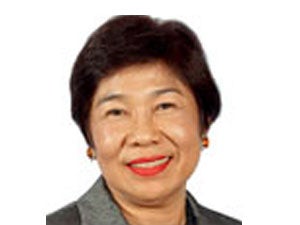 In a privilege speech last week, Cortuna said her inclusion in the list was “illogical and absurd,” stressing that she did not know Napoles personally. She said she also believed Rivera to be behind her inclusion, since he was former member of the A-Teacher sectoral party who had a dispute with the group.

Cortuna’s name cropped up in Napoles’s affidavit where the latter named the lawmakers with whom she allegedly dealt in a scheme to turn pork barrel funds into kickbacks.

According to Cortuna, she had no transactions at all with Napoles or her associates and organizations and denied meeting with her in a coffee shop to receive P2 million, supposedly as a cash advance for 2013 pork barrel projects.

Details of the meeting

She noted that Napoles failed to provide details of the supposed meeting, such as the date. Furthermore, she said, she could not have gotten any cash advances for 2013 pork barrel projects since the Priority Development Assistance Fund in the 16th Congress had been suspended.

She pointed out that Napoles surrendered on Aug. 28, and before that she had been in hiding. Napoles would have had little chance to meet with her to give the supposed payoff, she said.

In alleging that Rivera had a hand in her inclusion, Cortuna said the lawyer in 2009 walked out during the general assembly of the A-Teacher party-list group. She described him as a “sham member” of the group.

She said Rivera and others brought a court case against the party-list group, but the case was dismissed.

Rivera also represented a group that filed a case in the Commission on Elections to stop the proclamation of the A-Teacher representatives in the 15th Congress, she added.

According to her, Rivera used his “San Beda” connection in these moves. It was also this connection that he supposedly used so that Napoles could meet with Justice Secretary Leila de Lima.

She called on the public to be critical and discerning of reports linking several personalities to the pork barrel controversy.

“Not everybody being linked to Napoles had actually done something wrong,” she said.

She said those coming up with accusations against her should prove their claims in court, so she could defend herself and invoke legal remedies. Leila B. Salaverria