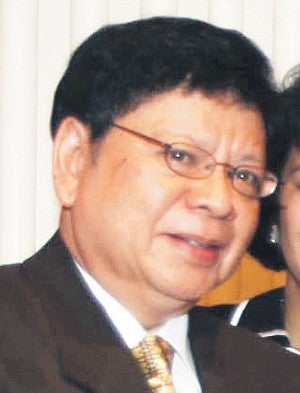 The Commission on Audit (COA) is demanding the return of at least P7 million in public funds, credited as pork, which were spent on projects that bypassed bidding procedures and financed upon the request of legislators despite the objection of the accountant of the town that was supposed to benefit from it.

The COA recently issued a notice of disallowance of payment for the projects to Mayor Flerida Antonio-Alberto of Virac, Catanduanes province, her husband former Mayor Jose Alberto II and these officials of the NGO Gabay at Pagasa ng Masa Foundation Inc. (Gabay)—Neriza Gador and Marilou Ferrer.

The notice of disallowance was also addressed to these party-list congressmen—Rodante Marcoleta (Alagad), Julieta Cortuna (A Teacher).

Jose Alberto II, town mayor before he was replaced by his wife, had approved the direct payment of the money to Gabay despite the objection of Lilian Baloloy, Virac accountant.

Gador, of Gabay, claimed the checks while Ferrer, also of Gabay, is the project manager of Gabay who signed a memorandum of agreement (MOA) with the Virac municipal government.

Representatives Marcoleta and Cortuna, also signatories to the MOA, requested the direct release of the funds to Gabay even without the project being approved by the municipal bids and awards committee.

The councilors identified in the COA notice were cited as authorizing Jose Alberto II to enter into the MOA with Gabay and bypassing the municipal bids and awards committee.

Mamerto Santelices, COA audit team leader, said the notice of disallowance would become final and executory if an appeal has not been filed in six months.

A copy of the COA notice was shown to Inquirer by a source who requested not to be named for lack of authority to speak on the matter.

The disallowance covered a total of P6.3 million released to Gabay on Feb. 6, 2012, representing 90 percent of the P7 million allocated by the party-list groups Alagad and A Teacher. Another P700,000 was released on April 12, 2012.

According to the COA notice, public funds were released to Gabay without undergoing selection and accreditation procedures in the bids and awards committee.

According to the MOA, Virac received P4 million listed as pork from Cortuna and P3 million from Marcoleta sometime in the last two months of 2011 for a project to grow earthworms

The P4 million was supposedly for 230 kits to grow worms and vegetables worth P3,500 each. The funds were also supposedly for 2,130 booklets entitled “KKK-Gabay Para sa Kabuhayan Manuals” worth P1,500 each.

In letters dated Dec. 7, 2011, Marcoleta and Cortuna directed that the funds be released directly to Gabay. Using the letters as basis, the Virac council passed two resolutions authorizing Jose Alberto II to enter into a MOA with Gabay and the two party-list congressmen.

The COA audit team requested for copies of the evaluation documents of Gabay but was given only a profile of the NGO on April 19, 2012, a week after all the money had been released to Gabay.

COA noted that the documents were not certified photocopies and no signatures were on it from any of the official of Gabay to prove their authenticity.