MANILA, Philippines—Despite maritime issues like piracy and smuggling, the Bangsamoro waters will not be guarded by the Moro entity’s own coast guard, government panel chairperson Miriam Coronel-Ferrer said on Monday.

Ferrer made the clarification during the aquaculture and fisheries resources committee hearing in the House of Representatives, which discussed the addendum to the Bangsamoro framework agreement establishing the Bangsamoro waters.

She also said the Bangsamoro police, established under the framework agreement, will also guard the waters but they will be under the PNP.

“There will be no separate coast guard organization to be put up by the Bangsamoro… The Philippine Coast Guard will retain jurisdiction over these waters,” Ferrer told lawmakers.

She said there needs to be proper “coordination and cooperation” between the Bangsamoro police and the government’s police and coast guard on ensuring safety and security in its territorial waters.

The framework agreement also established certain zones of joint cooperation, or bodies of water within the territorial seas of the country but not part of the Bangsamoro waters. The Bangsamoro government and national government will coordinate when it comes to fisheries, movement of vessels, among others within the zones of cooperation, which include waters like the Sulu sea and Moro gulf.

Congress is awaiting the draft of the Bangsamoro basic law from the Office of the President. The law, which needed Congress’ nod, would implement the recently signed Bangsamoro deal that ended the decades-long secessionist movement of the Moro Islamic Liberation Front. 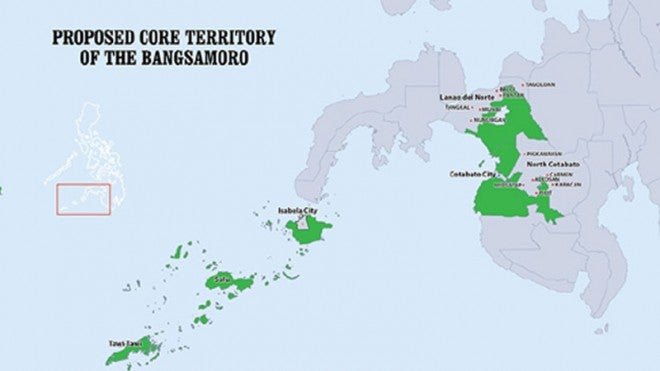 Congress about to adjourn, Bangsamoro law still in Malacañang