Regular jail ‘good for the souls’ of accused senators in pork scam—Fr. Reyes 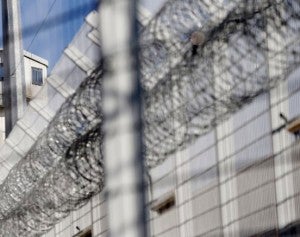 The so-called “running priest,” known for taking the tracks to advance his causes, said he had experienced being jailed and that it cleansed his soul.

He added that it’s about time these well-off officials experience the “purgatory of jail” before they depart this world.

(They had experienced living a good life, anyway. Maybe it’s better if they experience purgatory of jail before they leave this world.)

“I think it would be good for the soul that people experience the humiliation and misery of life in jail,” he added.

The accused senators should be convicted and jailed of plunder this year, the activist priest said, noting that there would be no more time to arrest them in 2015 or the campaign season before the next elections.

Enrile, Estrada and Revilla were charged for plunder for allegedly diverting their Priority Development Assistance Funds (PDAF) to the bogus organizations of alleged scam mastermind Janet Lim-Napoles. The pork barrel funds were allegedly funneled to ghost projects for kickbacks.