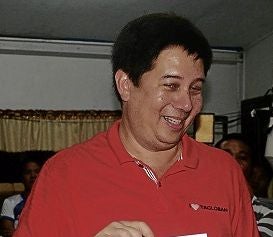 LEYTE, Philippines—More than 150 days after one of the deadliest typhoons ever recorded leveled his city, Tacloban City Mayor Alfred Romualdez is still at a loss to provide decent shelter to residents displaced by Supertyphoon “Yolanda.”

Romualdez, who also lost his home to the monstrous storm surges triggered by the typhoon, said at least P2 billion would be needed to fund the purchase of land and construction of houses for about 14,000 homeless families in Tacloban.

He said the task was so enormous it would be impossible for the city government alone to address it.

“Our priority is the people who were displaced. We have to give them our attention. They have to be relocated,” Romualdez told reporters here on Thursday.

The mayor came here to personally receive three checks worth more than P230.7 million from Interior Secretary Mar Roxas, whom he attacked in the media for allegedly politicking in the aftermath of the typhoon that killed thousands in Tacloban alone.

He said it would cost the city government at least P160,000 to build a house that  could  withstand strong winds.

The mayor said majority of the displaced residents were still living in cramped evacuation centers and tent communities where living conditions were difficult for children and the elderly.

“The money we received was meant only for the repair of our city hall, civic centers and public markets. While it’s a big help for us, you have to understand that we cater to the whole of [Eastern Visayas],” the mayor said.

He said even those occupying the bunkhouses built by the Department of Public Works and Highways were asking for permanent relocation.

Romualdez said some survivors refused to stay in temporary shelters and opted to return to their communities that had been declared danger zones.

“I was hoping that multinationals and big companies helping other local government units in buying land could also help Tacloban. We’re also Filipinos after all,” he said.

“I hope they could also give us their attention,” he said.

‘3 bodies a day still being found in Tacloban’