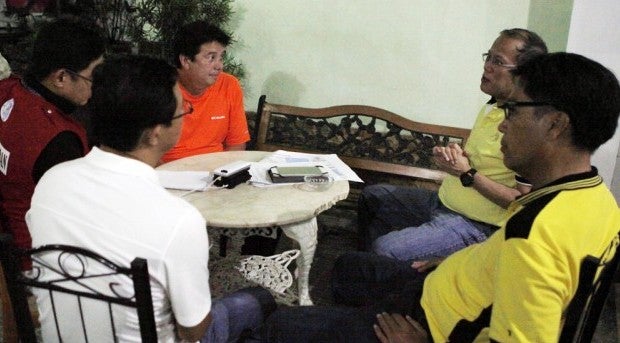 TACLOBAN CITY—The mayor of this city, which is known as Ground Zero of the destruction wrought by Supertyphoon “Yolanda,” said he was still hurting from criticisms leveled by the President on the city government’s supposed disaster unpreparedness.

Mr. Aquino, Mayor Alfred Romualdez said, should have first come to the aid of the city before criticizing how the city government dealt with the storm.

The President, said Romualdez, “made that comment on a Saturday. He came here on a Sunday. I felt bad because how can you make those comments when you were not even here?” he said.

The mayor said Mr. Aquino’s conclusion that the city government was unprepared came as a surprise because it was “made without even considering that this was the most powerful typhoon in history.”

“If your child falls down, you have to embrace him before bringing him to a hospital to make sure he is OK. I think that was what we needed,” he said.

Romualdez, however, stopped short of criticizing the national government’s handling of the disaster.

“I think it is better for people to pass judgment on that,” he said.

Romualdez said what was more important to him was to help his people get back on their feet.

“You may not know but according to experts, many of the people here are suffering psychologically from shock,” Romualdez said. “Your imagination goes wild when you see dead people everywhere.”

His city, the mayor said, needed “words of encouragement, words of support and words of caring. That’s all we need.”

The residents of Quinapondan town in Eastern Samar appeared to be in agreement with Romualdez.

Amid criticisms he should have brought in more relief to help storm victims in the Visayas, Quinapondan residents said they were happy at just seeing boxer Manny Pacquiao in person.

“Even without the relief, seeing him in person and shaking hands with him are already enough to make us happy,” said Lita Palines, 70, a Quinapondan resident.

Pacquiao had admitted the 10 truckloads of relief items he had ordered transported from General Santos City to typhoon-devastated areas were not enough and would benefit only a few people. Dennis Santos and Aquiles Zonio, Inquirer Mindanao