Slow justice gets Zambo Sur ex-gov Cerilles off the hook 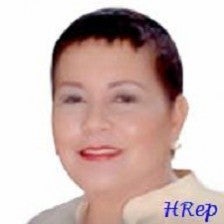 MANILA, Philippines—The Sandiganbayan has dismissed graft charges against Zamboanga del Sur Rep. Aurora E. Cerilles and two others because of “inordinate delay” in the filing of the case by the Office of the Ombudsman.

The Ombudsman took eight years to file the criminal information in the antigraft court.

A six-page resolution by the Sandiganbayan’s Third Division showed the three justices on the panel unanimously voting to throw out the case against Cerilles; Estita Tago, OIC provincial budget officer; and Corazon Silla-Ariosa, chief of the Zamboanga del Sur Provincial Hospital.

Tago and Ariosa were members of the Zamboanga del Sur bids and awards committee.

The resolution said the Ombudsman violated the defendants’ right to due process by taking too long to resolve the complaint.

The case stemmed from the alleged overpricing of medical supplies in a transaction made by Cerilles in 2001 when she was governor of Zamboanga del Sur, with a Commission on Audit (COA) report showing the P6.879-million medical supplies were solely procured from U-Net Distributors Corp.

The Ombudsman said the provincial government could have saved more than P1.2 million, based on more competitive costs of the medical supplies.

Corespondents in the complaint were Marina Tudio-Tampus, then the provincial accountant officer-in-charge (OIC); and Malaya Ysmael, OIC general services officer. They were members of the provincial bids and awards committee.

The complaint against the respondents was filed in the Office of the Ombudsman in March 2004, but it was only in July 2012 that the Ombudsman brought graft charges against them in the Sandiganbayan.—Cynthia D. Balana