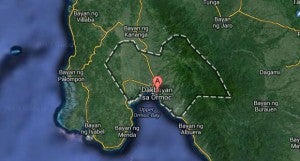 MANILA, Philippines—A dentist and a government employee were killed while at least six others were injured when a drug suspect fired on a crowd in a makeshift cockpit in Ormoc City on Tuesday to evade arrest.

Macanas said the subject of the buy-bust operation, suspected drug dealer Sim Serrano, was also killed in an exchange of fire with policemen.

“It was a legitimate anti-illegal drugs operation. It’s just unfortunate that innocent civilians were (caught in the crossfire),” Macanas said.

He said, however, that he immediately ordered the administrative relief of Police Station 3 commander Chief Insp. Edgardo Encina and his deputy, Senior Insp. Harris Rebato, who led the operation.—Marlon Ramos