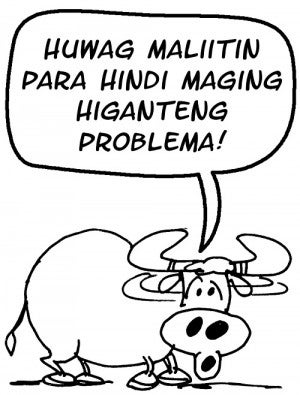 MANILA, Philippines—They are small but terrible.

To mark World Health Day, the World Health Organization (WHO) on Monday urged the public to be vigilant against mosquitoes, mites, ticks and fleas, among other tiny creatures that account for one million deaths globally every year.

These “vectors” spread life-threatening diseases like dengue, malaria, lymphatic filariasis, chikungunya and schistomiasis, which are usually preventable through informed protective measures, according to Dr. Shin Young-soo, WHO regional director for the Western Pacific.

“Protect yourself, no matter where you are. Use insect repellents or bed nets treated with insecticide,” advised Shin in his speech at the opening of World Health Day at the WHO Headquarters on UN Avenue, Manila.

This year’s celebration of the global occasion, titled “Small Bite, Big Threat,” emphasized the harm caused by tiny creatures or vectors that also include sand flies and freshwater snails.

Shin explained that these creatures were called vectors because they spread a range of parasitic, viral and bacterial illnesses affecting all people of all ages and from all sectors of society.

Shin said there were simple measures that the public could take in order to minimize exposure to these small creatures and protect themselves and their families from the deadly vector-borne diseases.

Getting vaccinated, installing window screens, sleeping under an insecticide-treated bed net and wearing light-colored long-sleeved shirts and trousers were among these safe and simple precautionary measures.

“Make sure there is no standing water in or around the home where mosquitoes can breed. Communities can take simple measures together to control mosquito breeding,” the WHO regional director said.

Vector-borne diseases have the most adverse effects on the poorest people in the region but suffering brought about by these illnesses can be avoided, Shin said.

“For example, if you do not get bitten by mosquitoes, you cannot get malaria or dengue or chikungunya. It is that simple,” he pointed out, adding that by knowing the risks, one can also prevent exposure to these tiny creatures.

WHO records show that vector-borne diseases account for more than 17 percent of all infectious diseases across the globe, causing more than a million deaths annually. More than 2.5 billion people in over 100 countries are at risk of contracting dengue alone.

The Asia-Pacific region registers more than 75 percent of the estimated global dengue burden of more than 100 million cases recorded across 100 countries every year, said Shin.

In the Philippines, while the incidence of malaria has dramatically declined, dengue fever continues to be a threat, while chikungunya is slowly becoming a problem, said Health Assistant Secretary Eric Tayag, who launched the “antimosquito” dance to mark the occasion.

In his speech, Tayag said the country was on its way to becoming malaria-free with the number of deaths down to 12 last year from 150 recorded in 2005. But dengue was still a burden on the country with 204,906 cases recorded last year, the highest since an outbreak in 1998, said Tayag.

“We also reported an increasing number of chikungunya [in the country],” he said, noting that the disease was first reported in the 1960s.

Chikungunya is a viral disease transmitted by the same dengue-carrying species of mosquitoes—Aedes aegypti and Aedes albopictus, which affects mainly adults.

“Our concern with the reemergence of this disease is that some of the cases reported as chikungunya may possibly be dengue…. If misdiagnosed, the danger signs of dengue might be overlooked and patients can die,” Tayag said.