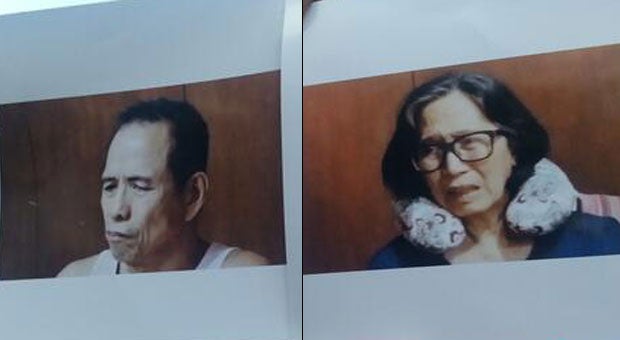 The arrest on Saturday of Communist Party of the Philippines (CPP) chairman Benito Tiamzon and his wife, the party’s secretary general Wilma Tiamzon, was hailed as a victory by the armed forces.

But it also prompted both sides to exchange harsh accusations over the stalled peace process.

The Tiamzons and five other insurgents were arrested in a raid in the central island of Cebu on a warrant for multiple murder and attempted murder.

Luis Jalandoni, chairman of the insurgents’ negotiating panel, condemned the “illegal arrest”, saying both Tiamzons were covered by immunity guarantees.

Jalandoni, in a statement on the insurgents’ website, called the arrests a “flagrant violation” of an immunity deal signed in 1995 when the latest peace talks began.

It “most seriously prejudices the peace negotiations”, he added.

President Benigno Aquino had hoped to reach a peace agreement with the communists by the end of his term in 2016, but in April 2013 the government declared that talks had collapsed.

Government negotiators denied the arrests violated the immunity deal, and said Wilma Tiamzon would not have been covered in any case since she had jumped bail in 1989.

The government panel said the rebels’ position was “ridiculous” as it meant they could stage attacks and then claim immunity when arrested.

“It is even more outrageous considering that the peace negotiations have not moved for over a year now,” the panel added.

Aquino’s spokesman Edwin Lacierda also said any further talks should be “timebound” and not open-ended as in previous negotiations.

Despite the collapse of the talks in 2013, the Aquino government revealed that in January, it had been working with the Norwegian government, which had brokered previous negotiations, to reopen the stalled talks.

Rommel Banlaoi, chairman of the Philippine Institute for Peace, Violence and Terrorism Research, said the arrests would damage prospects for further talks since the rebels could demand the release of the Tiamzons as a precondition.

On March 10 the guerrillas staged one of their most daring attacks in years, raiding a police station and then ambushing a pursuing military convoy, leaving 10 soldiers and police dead.