In the know: What is People Surge? | Inquirer News

In the know: What is People Surge? 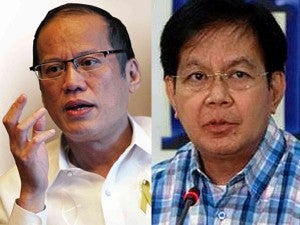 MANILA, Philippines—A petition, a snub and a red tag.

A group of typhoon survivors went to Malacañan last Feb. 17, carrying a list of their demands to the government signed by 17,000 individuals.

Reportedly snubbed by President Benigno Aquino III, only three of their members were allowed into the Palace where their petition was received by a clerk.

Two days later, Aquino questioned their request for P40,000 in financial assistance, as well as their choice to travel to Manila instead of tending to their families in Eastern Visayas.

Rehabilitation czar Panfilo Lacson later accused them of being used by communists to destabilize the government.

What exactly is People Surge and who is behind the movement?

The deadly tandem of wind and water brought by Super Typhoon “Yolanda” last Nov. 8 devastated the homes and livelihood of Filipinos living in Eastern Visayas and nearby regions. In some areas, the sea rose as high as two-storeys, and in three strokes pummelled houses and washed out villages.

The water’s fury became known as a “storm surge,” an abnormal rise of seawater caused by a tropical cyclone.  The storm surges that hit the coasts of Samar and Leyte left thousands dead and missing.

Two months later, an alliance named People Surge rose from the mass of typhoon survivors. Starting out as a band of individuals looking for government support and accountability, it is now a large alliance, said one of its convenors, Dr. Efleda Bautista.

Bautista, in a phone interview with INQUIRER.net, said the group was officially formed in January.

“There were lots of groups being organized (in the typhoon-hit areas). They were starting to ask how they can get more help (from the government),” she said in Filipino.

The former teacher said many from the far-flung areas were not receiving enough assistance and they wanted to get their message across.

A day after the group was formed on Jan. 24, it was able to gather around 12,000 people at the Eastern Visayas State University in Tacloban City. The vigil-protest demanded immediate relief and rehabilitation for the survivors of Super Typhoon “Yolanda.”

However, despite their successful assembly, the group’s attempt to bring their cause to Manila met with controversy.

On Tuesday, Aquino headed to Leyte and Samar to check on the situation of typhoon-hit areas and as part of the Edsa People Power anniversary celebrations.

Bautista said they know the President won’t be staying long in Tacloban, but they would be grateful if he took time to talk to the survivors.

“He didn’t face the typhoon victims who went to Malacañan. Now that he is going there (Leyte), it would be appreciated if he faced them,” she said.

To learn more about People Surge and to shed light on their aims, the following are excerpts (translated in English) from INQUIRER.net’s interview last Sunday with Bautista.

Who is behind people surge?

It is an alliance of farmers and ordinary people, including people from the academe and religious organizations.  Starting in Tacloban, movement spread to other municipalities, villages and even provinces.

What is your response to Lacson’s accusation that the group is being led by Communists out to destabilize the government?

It is an attempt to divert the issue…Instead of addressing the victims’ demands, we are being accused of so many things. It’s really unfair. We are victims carrying genuine, legitimate demands and it is true that government assistance has not reached us. Instead of addressing these concerns, it’s like they are blocking the victims from achieving it.

What are the exact demands of People Surge, the short-term goals?

The P40,000 (in financial assistance) is the most immediate. The people need money because all of their belongings were washed out and they need it to repair their houses…buy things, send their children to school, or buy seeds for the farm.

The amount is based on the need of a family of 6 or 7 members in one month, considering that the prices in Tacloban and Eastern Visayas are so high. Prices have risen by 50 to 100 percent because they are not yet controlled by the government through the Department of Trade and Industry.

Our second demand is to scrap the no-build zone. That is outright demolition and landgrabbing. What is planned for those areas does not serve the interest of our poor fishermen. We believe they have plans for big businesses…many mining industries are eyeing that area (for magnetite mining).

Many residents are still in evacuation centers and they don’t know where to go.

Why scrap the no- build zone? How about the areas vulnerable to calamities?

We are thinking of the fisher folk who will lose their livelihood since they need to live near the sea. If the government is adamant, where will they go? What alternative livelihood will the government give them?

Are there no consultations when it comes to relocation?

As far as we know, there have been no consultations…So without consultation and while our government creates plans not appropriate for the needs of the victims, we will oppose that.

Are you also calling for the President to step down?

What we said is that if the government is not functional and the President is not doing anything to help the victims, what’s the use? That is how we, how the victims feel.

What is your response to the President’s statement that he does not believe financial assistance should be given?

What we are saying is that (the financial assistance) is for the immediate, not a long term remedy…The long term solutions are the distribution of land to farmers, permanent houses and livelihood for the people.

What about the President’s statement that the government cannot afford to give all the victims P40,000?

We do not believe that the government has no funds because there is still the calamity fund…financial assistance (from abroad) is pouring into government coffers.

How many families need financial assistance?

Our data shows 2.3 million families for Eastern Visayas…But those families whose houses are totally devastated are around 1.4 million. The P40,000 is for each family, not for individuals.

President said if the survivors were able to reach Manila, why can’t they tend to their livelihood there?

Just how much is the fare going here? That is not enough to support you (and your family). Only a few of us (just nine or so) representatives from different provinces went here to tell (the President) personally.

We just wanted to impart our demands, the requests of People Surge so when we headed back we’d have good news to tell them (those in Eastern Visayas). But we were snubbed.

Has the Palace responded to your petition?

No. Instead, he (the President) told another the media that he won’t allow it (the financial assistance). He hasn’t even read the petition.

The President will visit areas hit by disasters, what are your plans?

We know he won’t stay long in Tacloban…but if he does visit and talk with the victims, we will be grateful. He is welcome there. He didn’t face us at Malacañan but he is going there. It would be good if he faces them (the victims in Tacloban).

Who whipped up People Surge?