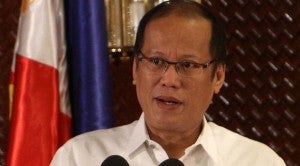 (How long will that amount last to support their families? Will it be enough to reconstruct their house?)

Aquino was responding to the statement from People Surge, a group of typhoon survivors. The group is asking the government for P40,000 in immediate financial relief per family, among other demands.

He said such as amount was already around 10 percent of the government’s expenditure budget, not counting funds allocated for personnel services, maintenance, and operations.

Social Welfare Secretary Corazon “Dinky” Soliman also said she is not amenable to the request.

(Let us understand that the fund of the government is not limitless.)

Soliman said it would also be difficult to justify such as amount, in terms of accounting.

(If we give P40,000 outright, how about the residents here who are receiving minimum wage? They might think, ‘Why were they given P40,000? We work hard but we are not given the same assistance.’)

Nevertheless, the Secretary said the proposal is being studied. In the meantime, the Department of Social Welfare and Development continue to implement the conditional cash transfer program, especially in areas hit by the typhoon.

Last week, People Surge clarified that the amount was to support a family of six for two months. They said it was for relief and in no way a substitute to reconstruction efforts.

Both Aquino and Soliman, as well as Interior Secretary Manuel “Mar” Roxas II, were at the Claro M. Recto High School on Monday morning to inspect the new mid-rise buildings for the urban poor.

Aquino will visit next week the provinces badly hit by calamities, coinciding with the 28th Edsa People Power celebrations.

More needs to be done for Yolanda victims–UN