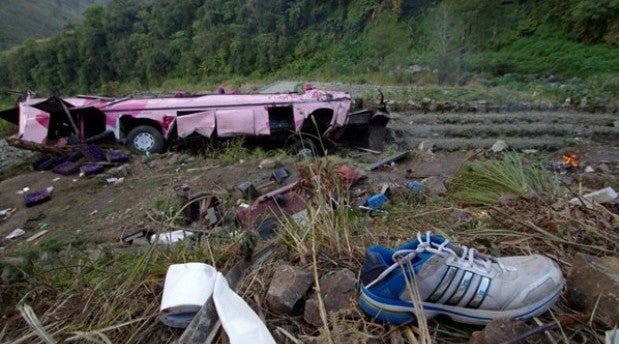 (Roadworthiness or the ability of a vehicle to travel safely is the primary focus of the government to ensure the safety of passengers. Surprise inspections will also be held in addition to the regular inspection of the garage and repair shops of bus companies.)

Coloma said it will also be done in anticipation of the upcoming vacation season and Holy week.

(The number of commuters will increase in the coming months so there is a need to intensify the roadworthiness of public utility vehicles.)

Coloma said the inspection of buses has long been implemented and that there are still a lot of places to be inspected in the rest of the country.

The Palace also expressed confidence in the performance of Land transportation Franchising and Regulatory Board (LTFRB) chair Winston Ginez.

He said it was wrong to say that the LTFRB is doing nothing to curb road accidents.

Authorities learned that the Florida Transit bus that fell off a cliff in Mountain Province last Friday was owned by Mt. Province Cable Tours and that the chassis and engine numbers of the bus had been tampered with. It was not registered with the Land Transportation Office and was not authorized to operate as a for-hire vehicle.

Read Next
Tokyo governor election puts nuclear power to test
EDITORS' PICK
97% of COVID-19 beds at PGH currently occupied
Gear up and get ready to play with Yamaha Mio Gear
Acer starts the year off strong with the Aspire Vero National Geographic Edition
Japan brings back virus restrictions over Omicron surge
Over 3 Million worth of prizes to be won at Smart Padala’s SENDali Manalo Promo!
Uproar over no vax, no ride policy: Maybe it’s time for gov’t to say sorry—Bello
MOST READ
1Sambayan names 7 aspirants in its 2022 Senate lineup
Emma Stone calls Andrew Garfield a ‘jerk’ after he ‘lied’ about his ‘Spider-Man: No Way Home’ appearance
Guevarra to Acosta: Obey rules on unvaccinated
Commuters affected by ‘no vax, no ride’ policy may file class suit —Lacson
Don't miss out on the latest news and information.